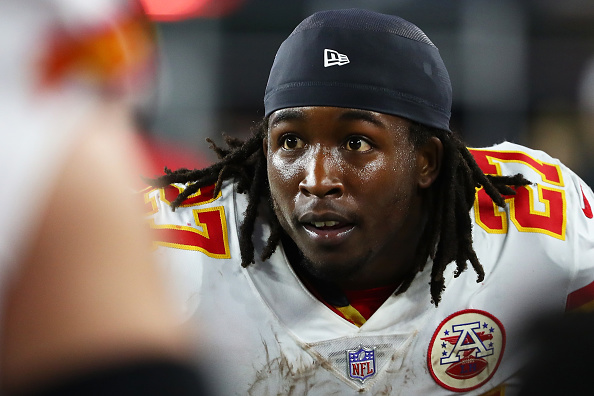 This afternoon TMZ released footage of Chiefs RB Kareem Hunt shoving and kicking woman in an incident at a Cleveland hotel from February.

Just hours after the release of the video, the Kansas City Chiefs have announced that they have devided to release Kareem Hunt.

Statement from the Kansas City Chiefs on Kareem Hunt

The Chiefs and the NFL are claiming that they hadn’t seen the video until today.

Neither the NFL nor the Chiefs viewed the Kareem Hunt video before it became public today, per official.

Other info on the case: pic.twitter.com/dch7mbY3Y5

Hunt is currently being investigated by the NFL and wasn’t going to be able to play or practice with the team for awhile anyways.

Kareem Hunt may not practice, play or attend games. The NFL’s
investigation, which began immediately following the incident in February, will include a
review of the new information that was made public today, per @DanGrazianoESPN.