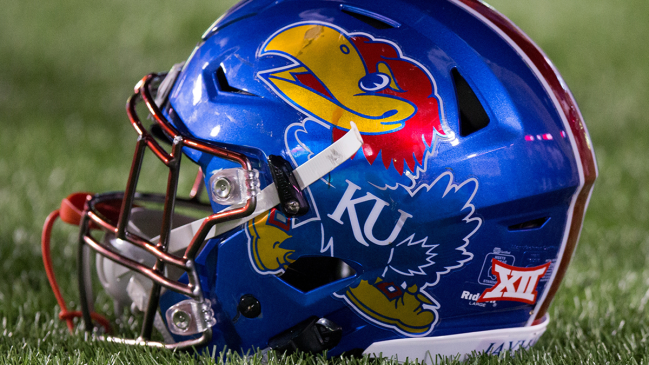 Fans of the Detroit Lions had a rare excuse to be optimistic heading into Sunday’s matchup against the Commanders, a showdown that marked the first time in 24 regular season games where the team was listed as the favorite to walk away with a win prior to kickoff (they easily covered the ultimately narrow spread with the 37-26 victory).

However, that stretch of misery has nothing on what fans of the Kansas Jayhawks football program have been subjected to for almost 15 years, as “brutal” doesn’t even begin to describe the performance of a team that’s failed to post a winning record since 2008 and has served as the Big 12’s doormat following Mark Mangino resignation the following year.

Five different head coaches tried (and failed) to turn things around in Lawrence before Lance Leipold was handed the reins last year. It’s safe to say he didn’t exactly inspire a ton of confidence after finishing his inaugural season with a 2-10 record, but things look very different this year now that Kansas boasts a 3-0 record to open up the 2022 campaign.

The fact that Leipold has already racked up more wins on the road than his five predecessors combined does a pretty good job highlighting just how rough things have been for a team that looks poised to win multiple conference games for the first time since the Mangino Era.

However, that’s not the only stat that highlights just how far the University of Kansas football team has come

On Saturday, Kansas will host an undefeated Duke squad in a game most people probably didn’t expect to be one of the more intriguing matchups of Week 4 prior to the start of the season.

The odds are decidedly in the Jayhawks’ favor, as they opened as 8-point favorites over the Blue Devils. As Brett McMurphy and Evan Abrams of Action Network point out, that’s actually a fairly significant development, as it marks the first time Kansas is favored to win a game against a Power 5 opponent since they were given the edge over Kansas State all the way back in 2009.

The last time Kansas was favored over a non-conference Power 5 team?

That season also marks the last time Kansas kicked things off with a 4-0 record (they actually won their first five games before losing their last seven), but we’ll have to wait and see if that success can be replicated (and if the subsequent failure can be avoided).