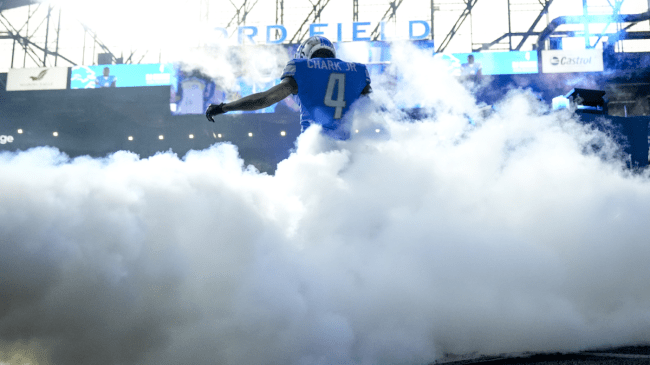 The Detroit Lions will likely be favored when the lines close on their Week 2 matchup against the Washington Commanders. While that doesn’t sound like a shocking statement, those words haven’t been spoken in nearly two years.

The Lions opened as 2.5-point favorites when this week’s NFL odds were released. If that holds true, it will mark the first time in 24 contests, according to Caesars sportsbook, that Detroit has not been projected to lose.

They’ve played as an underdog every matchup since a meeting with the Panthers in November of 2020. That contest came against a Carolina squad that was led by PJ Walker. Detroit closed as a one-point favorite before losing 20-0.

Now, we’ve all seen the struggles of the Detroit Lions.

The franchise has never played for or won a Super Bowl. They’ve made just 12 playoff appearances since 1970, having lost nine straight postseason games, and they haven’t won a division title since 1993.

Simply put, it’s been a rough go for the fanbase.

But it seems hope is on the horizon. The Lions landed an appearance on Hard Knocks this offseason, with viewers loving the energetic personality of head coach Dan Campbell. Detroit will also host the 2024 NFL Draft.

On the field, the pieces are coming together, and with this recent news, it looks as if though Vegas is taking notice.

But while things appear to be moving in the right direction, fans are cautiously optimistic. Fanbases that aren’t used to winning don’t want to get their hopes up high just to have the rug pulled from beneath their feet.

With that being said, Lions fans are reacting typically to being listed as favorites against their upcoming opponent.

Lions fans have had mixed reactions to seeing the team open as a favorite. It’s been a long time since they’ve been in this situation, so it’s understandable that they may not know exactly how to take the news.

Take a look at the immediate reaction to seeing the opening line.

Another posted, “Wow Vegas is believing this Lions team. I’m not surprised but I though Washington would be favored.”

Wow Vegas are believing Lions team I’m not suprise but I thought Washington would be favored https://t.co/nxuOQmfpS2

We can all agree with this NFL follower, who said, “God bless any long-term fan of this franchise.”

God bless any long term fan of this franchise. https://t.co/qyUj80dzdo

For Lions fans, we pray that they can pull out a win, but we’ll soon find out if this line was fool’s gold.