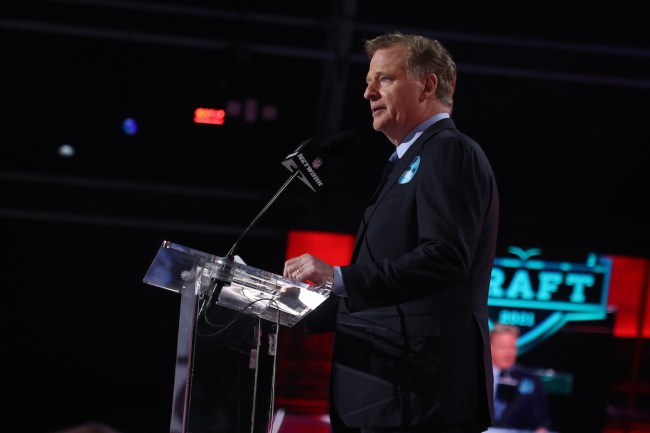 It’s been a big week for the city of Detroit in regard to professional football.

First, the HBO series Hard Knocks unveiled that the Detroit Lions would be its next team featured. The series films the lead up to the NFL season as teams participate in training camp. The show gives an in-depth look at the team, as well as the behind the scenes looks inside the life of an NFL player.

Former features include the Cowboys, Raiders, Colts, Chargers, and Rams.

This, alone, is a win for the Lions and the city of Detroit. But Monday afternoon brought even more good news for the franchise.

NFL insider Adam Schefter reports that the 2024 Draft will also be held in Detroit. It will be the first time that the city hosts the event and should bring some positive exposure for the area.

While the positives will far outweigh the negatives from a Lions perspective, there has been one running joke that has grabbed hold of social media. And it’s coming at the franchise’s expense.

Unfortunately, the Lions have not been a very good football team over recent years. They’ve missed the playoffs in five straight seasons. They haven’t had a winning campaign since 2017.

The Lions have finished last in the NFC North each of the last four seasons. They’ve also posted a combined 0-8 record in their last eight playoff matchups dating back to 1992.

With those struggles, Detroit often finds itself near the top of the draft boards when it comes to selection order. Fans don’t think that will change much between now and the ’24 NFL Draft.

Only seems fair the team that’ll get the first overall pick gets to host. https://t.co/CDaTkgQaeU

First team with the 1st Pick the draft in your own city?? https://t.co/wWadMGJbQz

They can celebrate the first overall pick in these city this time. Good for them

They gonna see their team get the first pick 😭

Fitting since they will still be the worst team

You just KNOW the Lions are going to have a top 3 pick for this. https://t.co/RA3MNed453

Will they be the first city to host while getting the #1 overall pick?

And Detroit will be selecting 1st overall too!

The Lions having the #1 pick in their home city. What a special moment for the organization it’ll be. https://t.co/Rcna53voif

The Lions will hope to avoid that No. 1 overall pick in 2024. But this is a BIG win for the city of Detroit.