Karl-Anthony Towns Claims That He Can Hit A Golf Ball Further Than Bryson DeChambeau, Has Witnesses 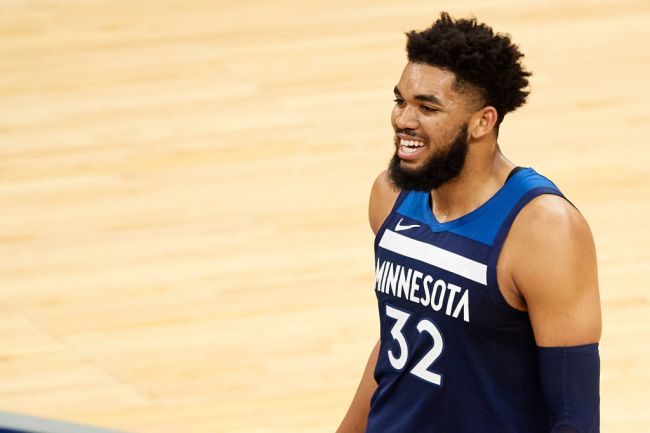 Bryson DeChambeau is currently the PGA Tour leader in driving distance with a 321.1-yard average this season, but he better watch his back because the Minnesota Timberwolves’ Karl-Anthony Towns is coming for his crown. The 6-foot-11, 248-pound center has been known to play the game recreationally and hinted at his distance off of the tee in the past.

As for just how far, he recently told the St. Paul Pioneer Press that he’s “gassed it to above 400, for sure.” While it may sound like something that a golfer would say a few beers deep at the bar after a round, KAT claims to have witnesses to his power.

As the story goes, Towns was playing at the Hillcrest Golf Club in St. Paul with the Timberwolves’ Vice President of fan experience Jeff Munneke and TV analyst Jim Peterson. The 18th hole at the course measures 393 yards from the back tees, per the club’s scorecard. It also plays downhill and was downwind that day, according to Munneke. Nonetheless, Towns crushed one that went the distance.

After everybody had caught up to Towns and the group made their way down to the green, they couldn’t find his first shot. Eventually, they found it BEHIND the green— around 400 yards from the tee box. At least, that’s how they tell it.

This story comes after DeChambeau was asked about whether anyone would contest his power at the Masters last month.

“Once you get somebody out here that’s a 7-foot-tall human being and they are able to swing a golf club at 145 miles an hour effortlessly, that’s when things get a little interesting,” he said. “That’s when I’m going to become obsolete, potentially.”

Perhaps that opportunity will come on July 22nd, when the 3M Open takes place in Minnesota. Towns will be in the middle of his offseason, so if he wanted to play in the Pro-Am, there couldn’t be a better time.