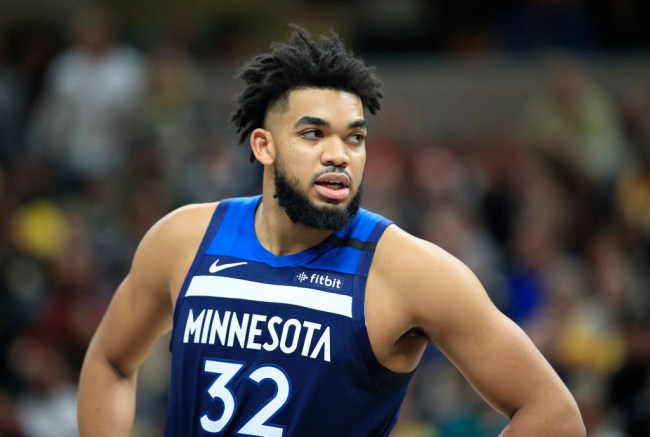 It’s been two weeks (although it feels like much, much longer than that) since the NBA became the first major sports league in North America to put its season on hold after Rudy Gobert gave us some evidence karma might be real when he was diagnosed with COVID-19 shortly after he mocked the measures being taken to prevent the spread of the illness.

Plenty of people painted Gobert as a villain when the news broke, as he was essentially responsible for the sports world coming to a sudden halt. However, he might have actually done us a solid, as there’s no telling how many people would have been put at risk if games had continued to be played for even one more week.

As of this writing, Gobert is one of 14 NBA players—including Kevin Durant, Marcus Smart, and Donovan Mitchell—who have tested positive for the untreatable strain of coronavirus currently laying siege to the world, and while more and more people are coming to terms with the gravity of the situation, there are far too many members of the general public who have convinced themselves it’s not that big of a deal despite the warnings of literally every expert who’s devoted their life to studying infectious diseases.

Athletes around the globe have been doing what they can to come to the aid of people impacted by the pandemic (including those who have suddenly found themselves unemployed because of it), and a few days after the NBA hit the pause button, Karl-Anthony Towns donated $100,000 to the Mayo Clinic to help speed up the development of a test for the disease.

Unfortunately, tests are only part of the battle, as there is currently no real treatment for coronavirus, and on Tuesday, KAT provided us with a sobering wake-up call in a video where he revealed his mother has been placed in a medically-induced coma due to the disease.

Towns said he urged his mom to go to the hospital after she started showing symptoms last week and her condition continued to deteriorate once she was admitted, as doctors were unable to combat the illness and she eventually needed to be placed on a ventilator.

The Timberwolves star went on to urge people to do everything in their power to take steps to stop coronavirus from continuing to spread, saying:

“This disease needs to not be taken lightly. Please protect your families, your loved ones, your friends, yourself. Practice social distancing. Please don’t be in places with a lot of people; it just heightens your chances of getting this disease.

If this doesn’t drive the point home, I don’t know what will.