Katie Taylor, Who Once Pretended To Be A Boy To Be Allowed To Box, Hopes To Inspire Young Girls While Fighting In Historic Women’s Boxing Match Vs Amanda Serrano 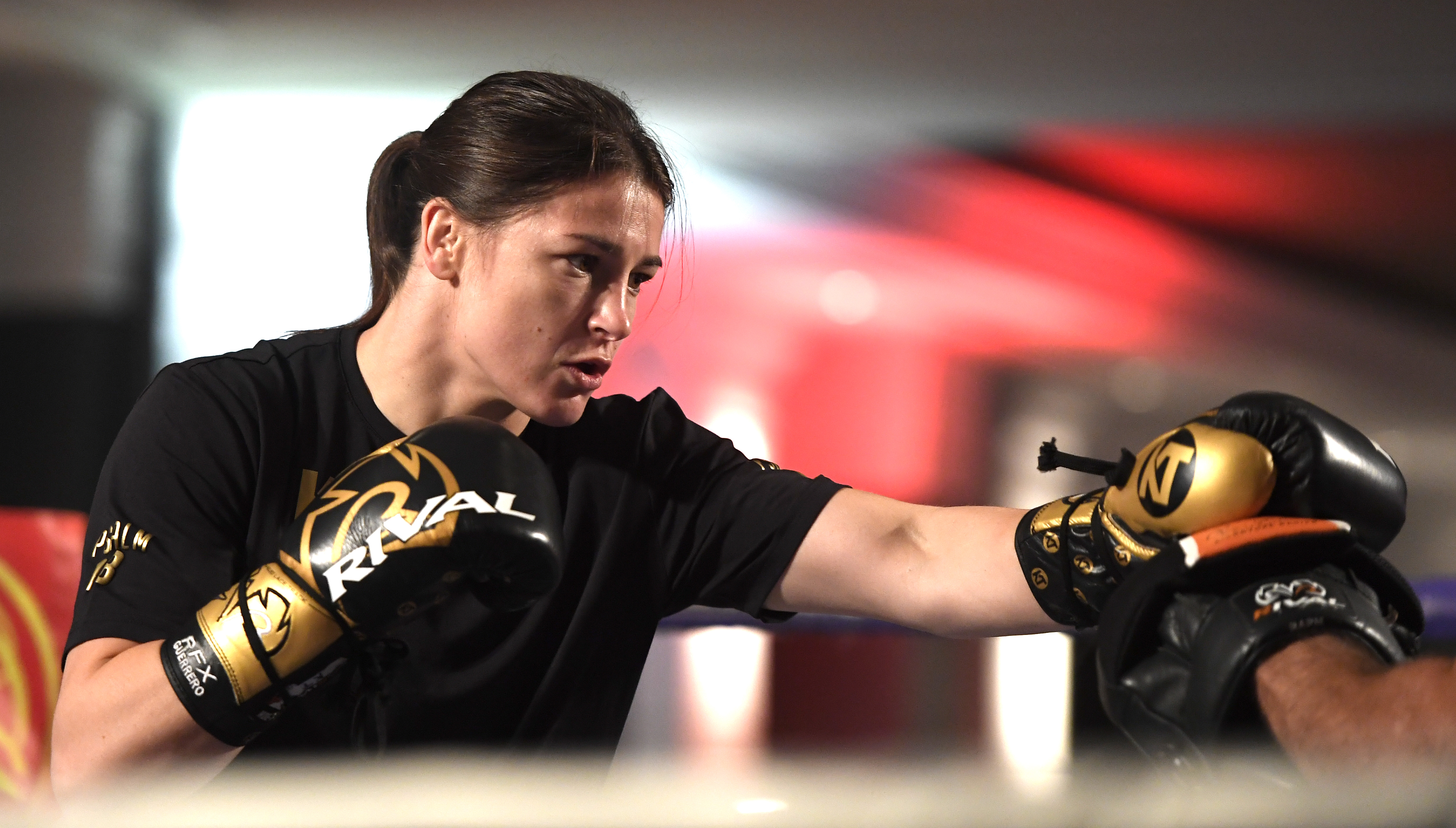 Katie Taylor has come a long way during her boxing career and she hopes that her journey inspires young girls in the future.

On Saturday night, Taylor will face Amanda Serrano at Madison Square Garden in what is being called the “biggest fight in women’s boxing history” which will air live on DAZN.

Both women are set to make seven figures but it’s been a struggle for both fighters to get to this point.

We spoke to Taylor and she revealed that she once had to pretend to be a boy when she was young because girls weren’t allowed to box in Ireland at the time.

“I had to put the headgear on and took my hair up and I was just K.Taylor, so that’s how I started.”

When Katie Taylor was a young teen she had to pretend to be a boy to box because girls weren't allowed to box in Ireland at the time, she's now fighting in a seven-figure fight vs Amanda Serrano and hopes to inspire other young girls @KatieTaylor @DAZNBoxing pic.twitter.com/BQ4Pv9izYC

Katie hopes that her historic fight with Serrano will help the sport of women’s boxing to continue to grow and inspire future generations of young girls.

‘Now here we are in the position where this sport has grown so much, there are female fighters everywhere in every single boxing gym around the world, that’s the biggest part of the journey for me, just seeing so many young girls boxing and this night Saturday night is obviously great for myself and Amanda but it’s also going to inspire the next generation as well which is absolutely everything.”

You can watch this weekend’s historic women’s boxing match between Katie Taylor and Amanda Serrano on Saturday night, live on DAZN.

Next weekend – live from @TheGarden and exclusively on #DAZN worldwide.