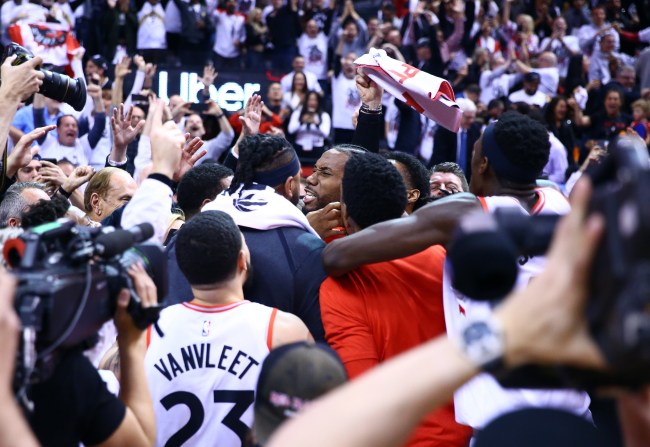 Kawhi Leonard drilled one of the most dramatic shots in postseason history to secure the Toronto Raptors its first NBA title in its 25-year history. Oh, this just in, it was actually just the conference semifinals. Did anyone think to mention that to the guy who got the image of Kawhi crouching plastered on his leg for all eternity? This image can only be validated if, at the very least, the Raptors make a Finals appearance.

But hey, who am I to rain on this dude’s parade (that will only occur if they win the Finals).

Lets hope for this dude’s sake that Kawhi doesn’t leave Toronto when he becomes an unrestricted free agent this summer. If that’s the case, the true test of this tattoo artist’s talent is if he can alter Kawhi’s face in the tattoo to Vince Carter’s.

Actually, looking at this again, this shot transcends everything.

Court side view of Kawhi’s shot👀 I’ve seen the debate between his and Dame’s shot. Both got to their spot, made a tough shot over great defenders, and iced their series. If I had to pick one though, I think Kawhi’s was more contested and tougher pic.twitter.com/pPLR1DPAoG

In the words of the Cable Guy’s Chip Douglas, “I love thissh game.”