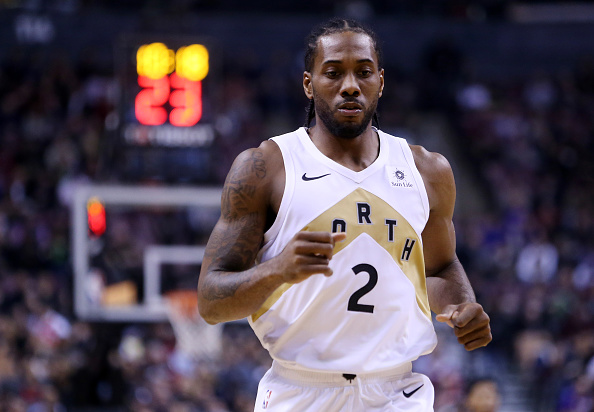 Before Saturday’s Spurs game, Popovich threw some shade at Leonard when he commented that the superstar forward wasn’t a leader during his time San Antonio.

Gregg Popovich was asked about Patty Mills' role as a leader this season, given the offseason losses of longtime Spurs like Manu Ginobili, Tony Parker and Kawhi Leonard. His answer: pic.twitter.com/NQRAZfeX9t

Kawhi was a great player, but he wasn’t a leader or anything,” Popovich told reporters of the 2014 NBA Finals MVP and two-time Defensive Player of the Year. “Manu and Patty were the leaders. Kawhi’s talent will always be missed, but that leadership wasn’t his deal at that time. That may come as he progresses, but Manu and Patty filled that role last year, and LaMarcus [Aldridge] came a long way in that regard also.”

Kawhi was asked about Popovich’s comments after last night’s Heat-Raptors game and he didn’t agree with his former coaches’ assessment of his time with the Spurs.

“I heard about it. It’s just funny to me because, you know, I don’t know if he’s talking about last year or not, but I guess when you stop playing they forget how you lead,

It’s silly and petty of Popovich to say that Leonard wasn’t a leader on those teams when he was willing them to a championship with his excellent play on both sides of the court.