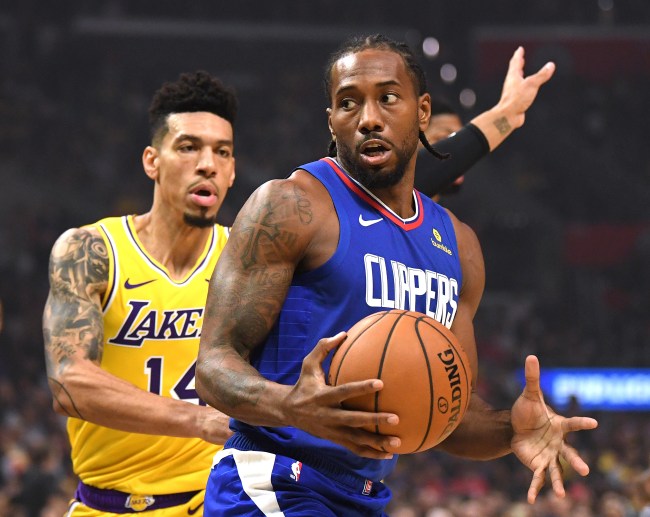 One day, when Kawhi Leonard has moved on from the game of basketball, I hope future generations do not harp on the little things, like his NBA championships or Finals MVPs or Defensive Player of the Year awards. I hope that the next crop of humans pays proper respect to the truly important things, like Kawhi’s ability to turn everyday life into a meme.

In just over one calendar year, we are already well on our way to a Kawhi Greatest Meme Hits album which include tracks like ‘Fun Guy’ and ‘AH AH HA AH’ and ‘What It Do Baby.’

Kawhi took the mic for literally six seconds last night to address the crowd at the Staples Center before their 112-102 win over the Lakers. In those six seconds, Kawhi, the Meme God, set the internet on fire.

NBA Twitter, which is by far and away the most creative Twitter faction in America’s four major professional sports, did its part to cement these three words in internet folklore for years to come.

ME: Hey, do your Mr. Belding impression.

Oh yes, and on top of authoring an excellent meme, Kawhi was in his bag last night.

Kawhi Leonard's Debut With The Clippers!