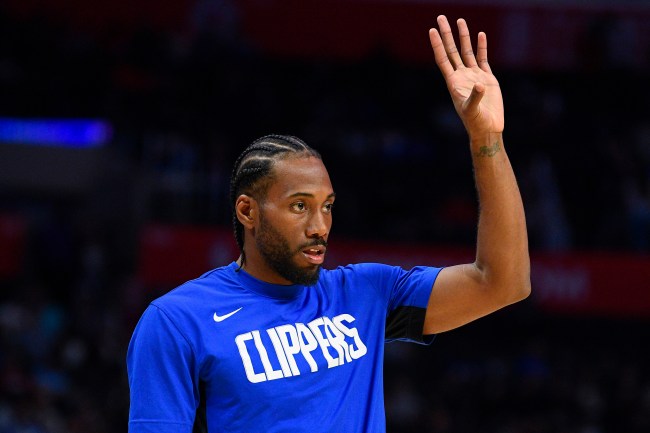 During the pre-game introductions, Kawhi was loudly booed at the Staples Center even though this was considered a “Clippers” home game.

Substantial boos for Kawhi as he was introduced (he was later booed more as he addressed the crowd) pic.twitter.com/Nc5kwPyqGx

Kawhi getting booed on his own floor 😂 pic.twitter.com/dw2uL2D7HY

Things got a bit awkward when Kawhi had to address the crowd and once again you could hear Lakers fans booing in the background.

Kawhi Leonard was booed by this heavily #Lakers crowd at Staples Center on Opening Night during his pregame comments.

You can hear Lakers fans booing Kawhi as he addresses the Clippers fans in team's first "home" game pic.twitter.com/l9uGFSwfGd

During the first quarter of the game, Kawhi got booed by Lakers fans while at the free-throw line.

It’s going to be real weird if the Clippers are forced to play the Lakers in the playoffs.