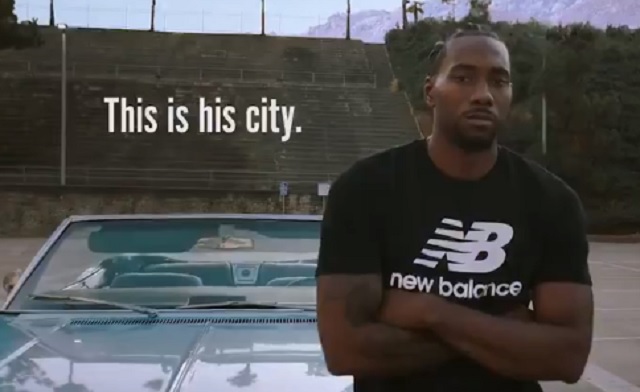 The NBA season tips off tonight with much-anticipated battle of LA between the newly revamped Clippers and the LeBron James-Anthony Davis led Lakers.

Before tonight’s season opener, New Balance released a commercial to celebrate the release of Kawhi Leonard’s new signature shoe, the OMN1s. In the video, New Balance and Kawhi make some bold claims about LA being Kawhi’s “city” and include some imagery that takes shots at LeBron James’ “King” status.

Kawhi already declaring LA 'his city" and implying he's the "King of LA" over LeBron? This Clippers-Lakers rivalry is going to be lit.
(via @newbalancehoops)pic.twitter.com/XDCxwKHTuq

Kawhi and New Balance are low-key savage and so on-brand for dropping this 'Reign Over LA' ad on the same day his Clippers face 'King James' and the Lakers. They even got the little crown on Kawhi's keychain. 👀 pic.twitter.com/pcJfaoMYqA

This Clippers-Lakers rivalry is going to be lit.