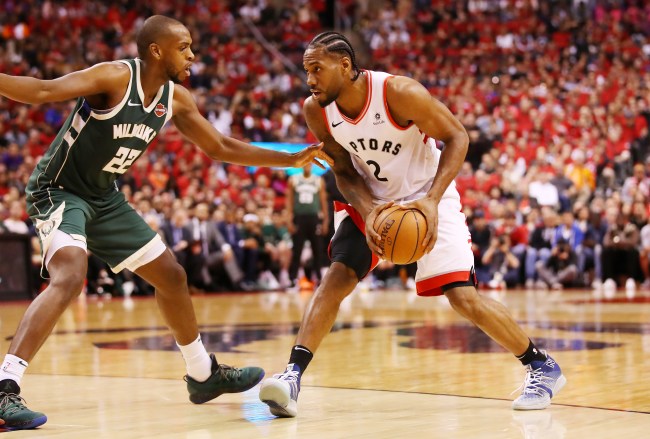 Despite the fact that Kawhi Leonard has made it to the NBA finals with the Toronto Raptors many fans are still unsure where the superstar forward is going to play next year.

After last night’s game 6 of the eastern conference, Kawhi Leonard’s sister celebrated the Raptors victory by interacting with fans on Instagram live.

Kawhi’s sister went live on IG after the Raptors win. Listen closely to the guy in the background.👂

“They know darn well he ain’t gonna be there next year” -Uncle Dennis?

Hey, for anyone worried about the clip with Kawhi's sister, this is her regarding that: pic.twitter.com/CjeuEq7bVE

The damage was already done and Raptors fans were in full on freak out mode despite the fact that the team is headed to the NBA finals.

Me partying after their win but then hearing this. pic.twitter.com/ycxACw9ACF

Raptors fans after the win.