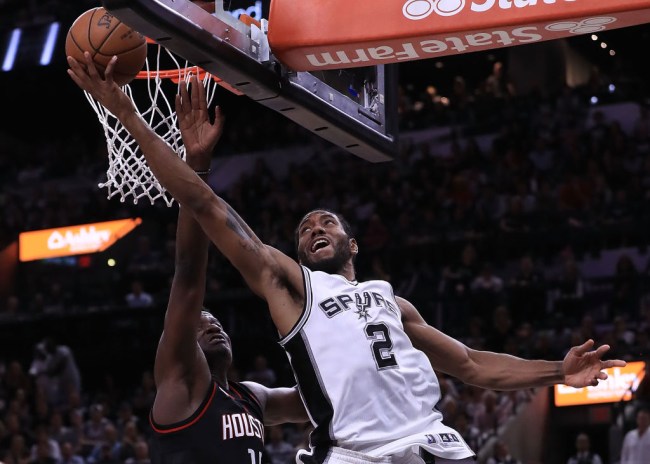 The Kawhi Leonard saga has been absolutely bizarre from the start. During the middle of NBA season, Leonard abruptly decided to go to New York to rehab with his personal medical team. During his time in NY, the Spurs were left completely in the dark about his recovery. According to ESPN’s Mike Wright, Leonard’s camp actually hid him from Spurs staffers who went out to check on his progress.

ESPN Spurs reporter @mikecwright bottled up a lot of wild Kawhi/Spurs stories. But he did share this one anecdote on @back2backpod:

The Spurs were in the dark for most of the season. Some of the things that were happening was crazy/ There was a point during his rehab process in New York that some of the Spurs went out to see him in New York. As soon as those guys arrived to the building Kawhi’s people grabbed him and sequestered him to another part of the building so that the Spurs people couldn’t even see him. These are the type of things going on that people don’t necessarily know about.

If this is true then I’m not sure how the Spurs can keep Leonard. I’m not even entirely sure if teams would want to trade for someone who would do something like that. Absolutely absurd.