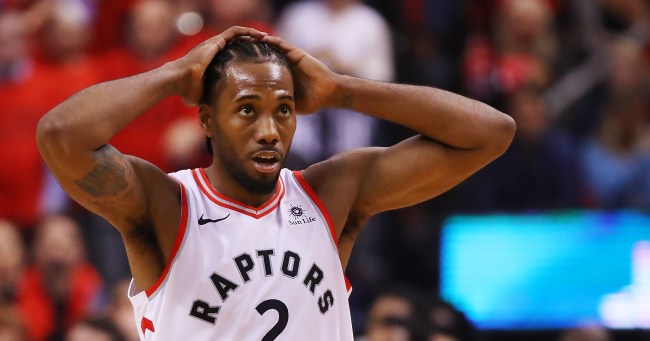 Yesterday afternoon the LA Lakers made several moves to open cap space that put them in prime position to sign a max free agent on Sunday.

As soon as the Lakers cap space news dropped it was reported that Kawhi would meet with the Lakers, Clippers, and the Raptors in L.A. on Sunday when free agency opens.

While many scoffed at the idea that Kawhi would join the Lakers a few weeks ago it seems like it’s a possibility today.

According to ESPN’s Stephen A.Smith Kawhi is “seriously considering” the idea of signing with the Lakers this offseason.

"I have received the word that Kawhi Leonard is seriously considering the Los Angeles Lakers."

Former NBA player Damon Jones has been saying for weeks that the Lakers were in play to sign Leonard.

“I had a conversation with somebody that’s close to the situation that said Kawhi Leonard is now in play for the Lakers…strong possibility I was told.”@D19J | 📺 @GetUpESPN

I’m not a reporter im an analyst.I never said he was close to signing.I said he’s in play with the organization.Something that weeks ago was unheard of https://t.co/GZXdQXpc7g

I still think the Lakers signing Kawhi is a longshot but free agency just got a lot more interesting with Stephen A’s report.