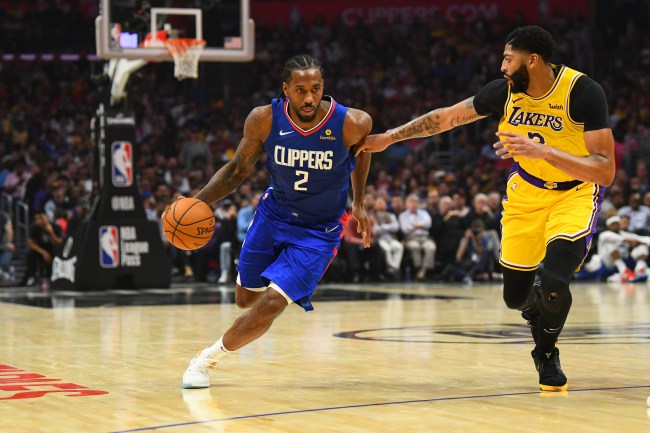 After Kawhi Leonard signed with the Clippers the NBA was forced to investigate rumors that Kawhi’s Uncle Dennis had asked for improper benefits from teams during free agency.

Uncle Dennis allegedly asked for stuff from teams that was illegal per the CBA during free agency. Per Stephen A Smith pic.twitter.com/D6KjPVezuY

Buchanan, sources say, distinguished any situation in which a team were to circumvent the salary cap to provide star players with extra benefits: The league would use all investigative tools at its disposal and use its immense power to punish any team caught doing that. He reminded the governors of this, even though there are no credible allegations of circumvention at this time, sources say.

According The Athletic’s Sam Amick not only did Kawhi’s Uncle Dennis ask for guaranteed sponsorship money and private planes but he repeatedly asked Lakers owner Jeanie Buss for part ownership of the team.

Improper requests, an investigation, and a superstar chase gone sideways: The untold stories from Kawhi Leonard's free agency that left the Lakers fuming, at @TheAthletichttps://t.co/utxx7r7z2P

It’s pretty interesting that this story is popping up again right before Kawhi plays the Lakers on Christmas day but it definitely adds a lot more intrigue to the game.