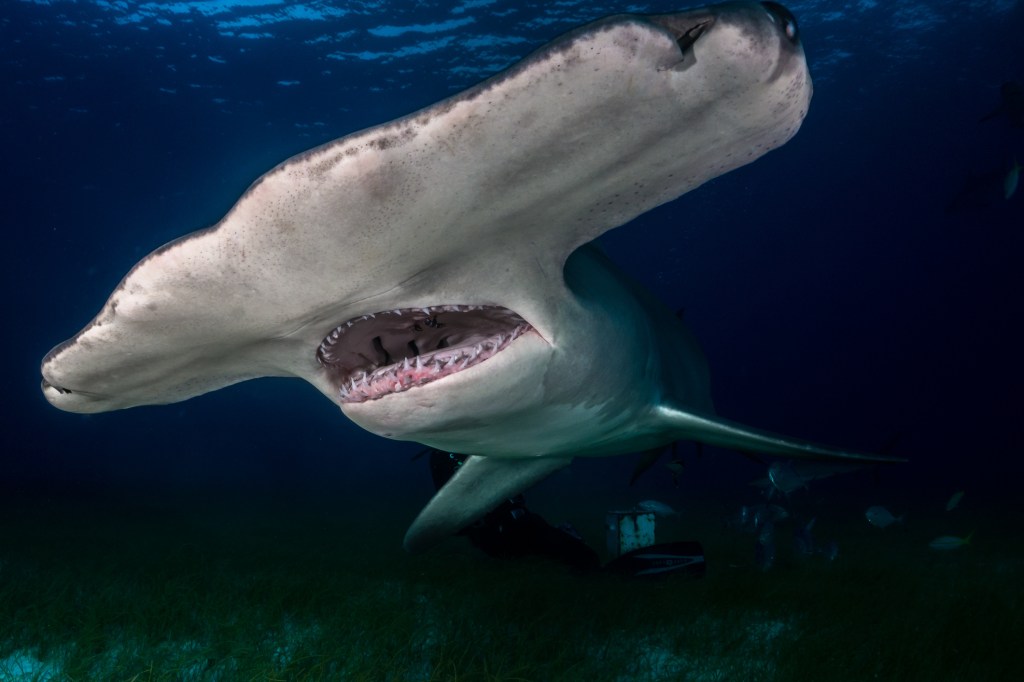 Kayak fishing is an incredibly fun way to catch fish that’s drastically different from fishing out of a normal boat or on dry land. I’ve always equated kayak fishing and spearfishing as being similar because people who grow up fishing A LOT eventually gravitate towards those as a way to mix things up.

When you hook up with a big fish in a kayak, or even a small but powerful fish, it’s pulling you around and it can twist your boat all around. There’s a whole level of complication with kayak fishing you don’t get fishing from a dock or out of a regular boat where you can easily walk around.

You’re also very exposed in a kayak. It’s not as if there’s anything swimming around out there trying to get you but the mind plays tricks on you when you’re alone in the water floating around in a tiny plastic boat.

When you see a shark like the hammerhead below checking you out and you realize that hammerhead’s bigger than your boat and way too curious, there’s definitely some panicking going on even if you don’t say it out loud. This video is set to begin at the 4-minute mark but if it doesn’t you can just skip ahead.

They joked about having some mackerel in the kayaks they could use as bait to hook up with a big hammerhead which honestly sounds exhausting more than anything. It would be an awesome fight in a kayak but that shark would pull you in every direction under the sun. It might drag your kayak a mile (or more) which means another mile you’ll have to paddle later.

And then if you get it to your kayak, releasing that shark while sitting in a tippy kayak seems miserable. Definitely not for me.

Field and Stream writer Sage Marshall spoke with the man in the video and asked if he was terrified when the big shark got so close. Devin O’Dea said “Surprisingly, I wasn’t as scared as I thought I would be because of the adrenalin I had from catching that yellowtail.”

This encounter took place off of La Jolla, California by the way. I’m not sure if I mentioned that above. The plan was to get that Yellowtail home for sashimi and the main goal was to get that fish back to dry land even with the hammerhead bumping the kayaks.