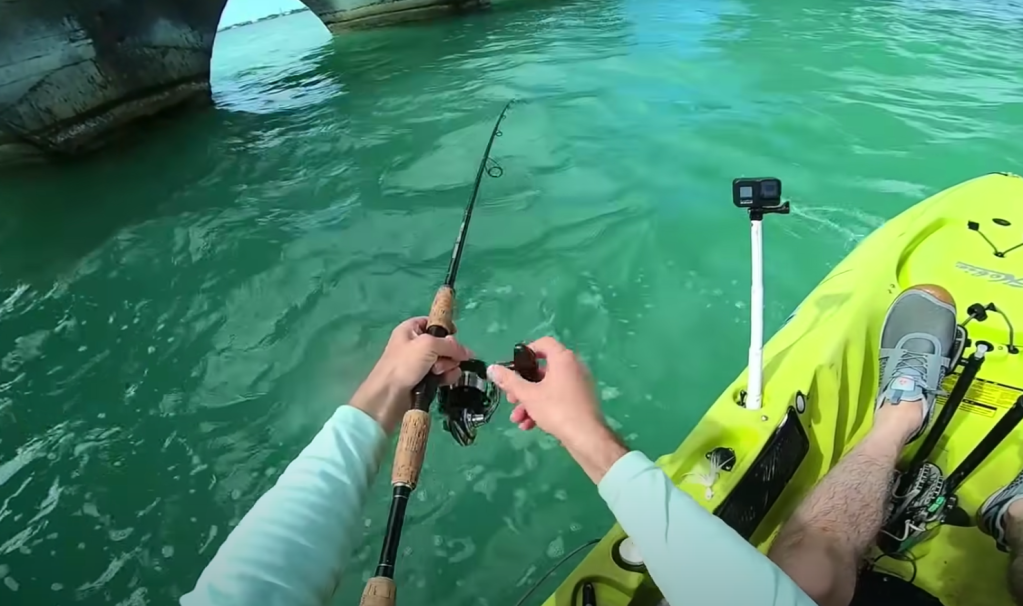 I was fishing down in The Florida Everglades over the weekend and saw a handful of small sharks poking around. The water visibility was better down there than any other time I’ve been fishing in the ‘glades which was odd because the wind was gusting 25 MPH. But this was the first time fishing down there I could easily see the sharks versus my mind playing tricks on me.

When the water’s dark or cloudy your mind can run wild and convince you that there’s a literal man-eater swimming underneath you at all times. Taking a step back, I don’t really have a big fear of sharks. I’ve swum with them in the past. I have no problems kayak fishing around sharks like this guy below. I know that they’re not out to get me. But then I see a clip like this and hoooooo boy, it’s spooky.

The encounter with the shark comes around the 11:15 mark in this video. I clicked that button on YouTube that says ‘start at’ when setting the video below but sometimes it still starts at the beginning when you hit play. So if it starts at the beginning instead of around the 10:50 mark then just jump ahead on the YouTube video. What happens is he’s fighting a fish that swam into the rocks. He got it out, kept fighting the fish, and then the shark shows up:

This video was filmed in the Florida Keys which is a truly magical place for fishermen. Everywhere you go on the water there’s life. The reefs are booming and the tides are powerful. You can fish for tarpon all year long, catch bonefish in the skinny water, run offshore for billfish and tuna, your options are endless.

If you’re ever planning a fishing trip to The Florida Keys make sure to give yourself multiple days to target a variety of species because you can go after everything. And then remember ‘the tax man’ aka sharks are going to throw a wrench in your plans at some point. As you can see in this clip, they’re always lurking around.