Keenan Allen Dunks On His Own Team On Twitter, Calls The Chargers Franchise ‘Sad’ 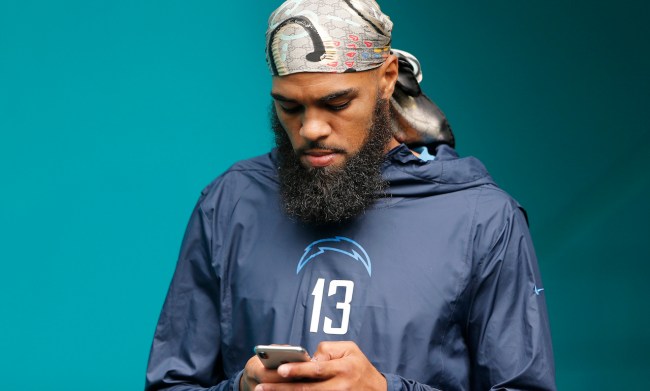 Of all the pathetic franchises in the National Football League, there are arguably none more bizarre than the San D—, er, Los Angeles Chargers.

A football team without a home, the longtime Phillip Rivers-led franchise is regularly outgunned by rival fans in their own stadium — which is a 27,000 seat soccer stadium known as the Dignity Health Sports Park in Carson, California.

But more strange than their ill-advised move to Los Angeles is the purgatory of play they’ve seemed to endure for the last decade-plus.

For as long as I can remember, a typical Chargers season will unfold in one of two ways: they will either be garbage because they’ve lost a bunch of close games or they’ll be decent because they found a way to win those closes games. And regardless of how well any potential regular season might end up, the postseason result remains the same: an early exit courtesy of the New England Patriots.

NBC Sports writer Patrick Daugherty pondered this very question yesterday — how on Earth it’s possible that seemingly every Chargers game for the last decade has been the exact same — and actually elicited a response out of the team’s Pro Bowl wide receiver Keenan Allen, who said a lot despite saying very little.

While Allen is likely far from being the only frustrated member of the Los Angeles Chargers, the fact that he’s casually hopping on Twitter to tell his 100,000 followers that he thinks the team he plays for is “sad” does not bode well for the current state of the Chargers’ team chemistry.

Luckily for Allen, the Chargers, and their fans (if there actually are any), they’ve got a decent shot of picking up their third victory of the season as they travel to Tennessee to take on the equally hilarious Titans.