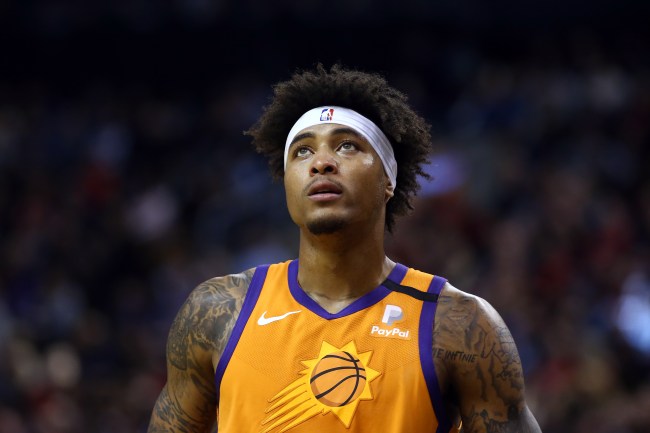 Suns’ Kelly Oubre Jr. has found himself at the center of some wild rumors this offseason and his girlfriend is fed up.

Last month, NBA groupie and host of No Jumper’s now-defunct “Thots Next Door” podcast, Aliza aka Ayyyejae, claimed she hooked up with seven Phoenix Suns players during Memorial day weekend.

#TSRRoommateTalk: Posts are 100% user submitted & we cannot confirm with 100% certainty the validity of these stories/allegations. Sip wisely! ☕️ So one of our #Roommates alleges #CelinaPowell and NBA player #KellyOubre linked up together in Phoenix–From the evidence at hand, what y'all think #Roomies? 👀 (SWIPE)

Oubre’s girlfriend Shylynnitaa responded to the cheating allegations in her IG stories.

Really praying for ya’ll. So consumed by social media and gossip, ya’ll take anything and run with it, disgusting. Then again, let miserable ppl be miserable.