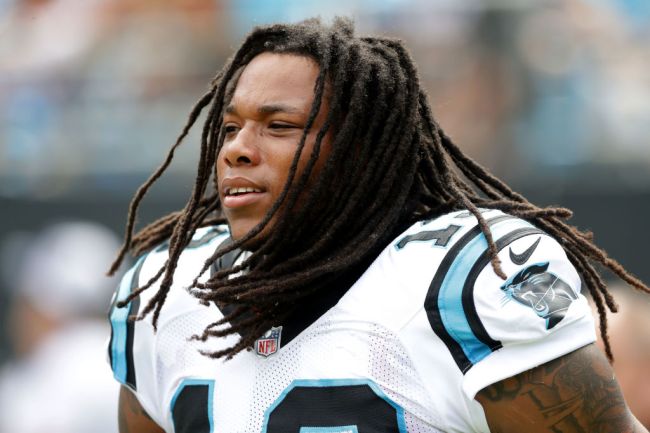 The Kelvin Benjamin experiment is over in NY and he’s not happy about how things went down.

Earlier this year the GiaNts raised eyebrows when they signed the former 2014 first round pick to play tight end despite the fact that Benjamin hasn’t played in the league for years.

Benjamin was brought in by Giants GM Dave Gettleman, who also drafted him when he was in the front office with the Carolina Panthers. Apparently, Benjamin and Giants head coach Joe Judge never hit off which led to his release on Wednesday.

Hours after getting cut by the team Benjamin spoke to NJ.com and ripped Judge to shreds for not giving him a fair chance to compete in training camp.

“It was just like they were trying to sabotage me to get me out of there, I just felt like from Day 1, once I stepped on the field, once I put on the colors, he never liked me, He didn’t even want me there.I don’t want to bash anyone, but I just felt like Joe has had it out to get me since I walked into that team building. “It never felt right. The guy never even had a conversation with me until the day they signed me.”

“To be honest, man, I just felt like it was all a hoax, I felt like they didn’t give me a chance. I finished the conditioning. I finished all of that. I did what I was supposed to do. Everybody in the building was telling me I looked great. They never wanted the narrative to be good about me.”

Benjamin was angry Judge wanted him to lose 17 pounds and play tight end at 251.

Benjamin proceeded to blast Judge as a “coach that can never win a Super Bowl.”

“I have a perspective on Joe Judge, He’s not a coach that can ever win a Super Bowl because he sits there and cusses all day. You can tell he’s one-sided about everything. He’s a know-it-all. That’s not how it’s supposed to work. We all can learn from each other. We’re all humans at the end of the day. The true colors will come out.”