Ken Anderson Talks About Reconnecting With Family, Training During Covid, And What Wrestling Can Learn From Movies 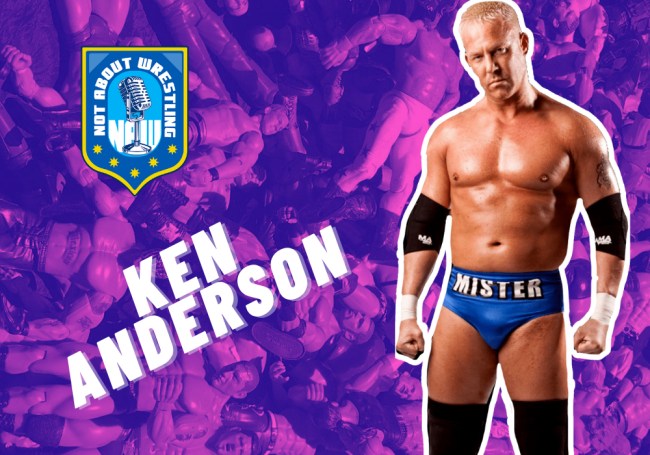 In this episode of “Not About Wrestling“, I’m talking to wrestler, trainer, actor, and the man with the perfect pipes, Ken Anderson.

Most fans will recognize Ken from his run in the WWE as Mr. Kennedy but Anderson has worked for several major wrestling promotions over the last two decades.

After debuting in Ohio Valley Wrestling in 2005, Anderson quickly moved to the WWE main roster.

After a run as World Champion in IMPACT Wrestling – then TNA wrestling – Anderson is now a member of the NWA roster.

Anderson is a versatile performer who can work, talk, and even teach.

In 2016, Anderson opened The Academy School of Professional Wrestling in Minneapolis, Minnesota along with a few other performers including Shawn Daivari and Molly Holly.

Training the next generation of superstars at The Academy: School of Professional Wrestling. Our next cycle begins Feb 3rd. Visit www.theacademyprowrestling.com or message 507-722-2776 to set up a consultation. Come get in the ring with me. In-house financing available. #ProWrestling #Minnesota #MNdyWrestling #WWE #NWA #AEW #AAA #ROH #NJPW #IMPACTWrestling

During this incredibly personal discussion, Ken and I talk about his love of performing at an early age, bringing humor to wrestling promos, reconnecting with his father and family after years apart, and learning a new skill because of the Covid-19 shutdown.

And now entering the ring, currently residing in Minneapolis, Minnesota, this is Ken Anderson.