Ken Griffey Jr. Will Be The Sixth Highest Paid Player For The Reds In 2022: Fans React 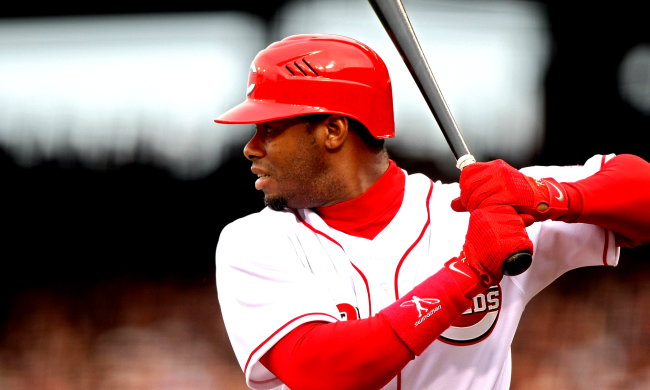 So much for the anti-tanking measures Major League Baseball implemented in the new collective bargaining agreement with the players. The Cincinnati Reds obviously don’t care.

On Monday, the Reds traded arguably their two best position players, Eugenio Suarez and Jesse Winker, to the Seattle Mariners, and pitcher Sonny Gray to the Minnesota Twins.

In return, Cincinnati received pitching prospect Brandon Williamson, outfielder Jake Fraley, pitcher Justin Dunn and a player to be named later from Seattle, plus the Twins first round pick in 2021, pitcher Chase Petty.

Reds fans should find a new team. This ownership group isn’t worth your support. https://t.co/biX3Me7Y0b

We’re fans of the worst-ran organization in baseball aren’t we?

Reds fans are not happy that Ken Griffey Jr. is currently the team’s sixth highest paid player in 2022

The Reds are also about to lose another star outfielder because Nick Castellanos, who hit .309 with 34 homers and 100 RBI in 2021, already declined his option for 2022 and will almost certainly sign a new contract elsewhere.

Cincinnati will still have Joey Votto, Mike Moustakas, Shogo Akiyama, Luis Castillo, and Tyler Mahle at the top of their payroll. However, it is the sixth name on that list that is really causing a stir: Ken Griffey Jr.

That’s right. Ken Griffey Jr. The same guy who last played for the Cincinnati Reds in 2008.

If you are like most baseball fans and wondering how this can be, here’s a refresher.

While Griffey isn’t exactly Bobby Bonilla, he’s not far off.

Griffey then proceeded to have maybe three good years (and four injury riddled seasons) before shuffling off to the Chicago White Sox and Seattle Mariners to end his Hall of Fame career.

It could be worse though. The Mets will still be paying Bobby Bonilla until the year 2035.

That doesn’t make the pain any less acute though for Cincinnati Reds fans who, until Monday, had high hopes for the team in 2022.

We are Marlins North.

And soon to be the highest paid player on the Reds. #SellTheTeamBob @mcuban #Reds pic.twitter.com/TIrAK4cNWx

Here’s another fun fact about the Reds payroll.