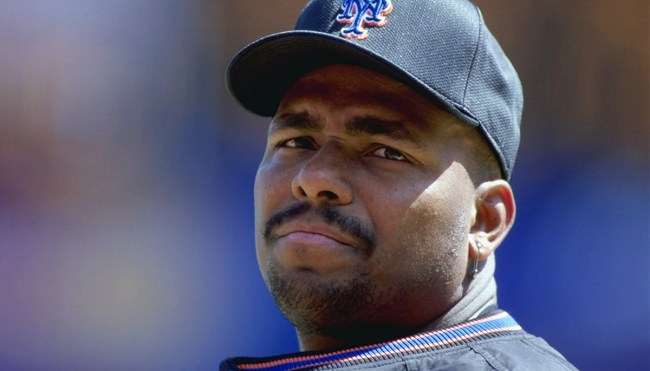 If you’re a baseball fan, you likely know July 1st as the glorious annual occasion that is “Bobby Bonilla Day,” which is easily the most entertaining way to teach people about the concept of compound interest.

For the uninitiated, the New York Mets agreed to buy out the $5.9 million Bonilla had remaining on his contract all the way back in 2000. However, the team opted to avoid paying him a lump sum in favor of a deal that was structured to settle the debt over the course of 24 years, as he’s received a paycheck for $1.19 million every time July 1st has rolled around since 2011 and will continue to cash in until the final one hits his bank account in 2035.

You can count on Bonilla’s name to trend whenever that date arrives each year, but he’s become a hot topic of conversation a bit prematurely courtesy of the ongoing MLB lockout.

On Tuesday, commissioner Rob Manfred somehow managed to become more despised than he already was when he officially called off the first two series that were scheduled to be played this season; based on the lack of progress the league has made in its negotiations with the MLBPA, that’s likely just the first of the many dominos that seem destined to fall.

It’s hard to believe the situation won’t be resolved at some point (no MLB season has ever been called off entirely as the result of a lockout or strike). However, plenty of people have realized that Bonilla would theoretically be the highest-paid player in the MLB this year if that ends up being the case, which has spawned a number of jokes and memes.

MLB Players: they canceled games. We won’t get paid

At least Bobby Bonilla is going to be okay in all of this. #MLB pic.twitter.com/Ylj657h7H4

If the MLB lockout lasts through July, Bobby Bonilla will be the highest paid player in the league when he receives his check on July 1st. The greatest finesse move of all time looking even greater now pic.twitter.com/5vurRpJXlg