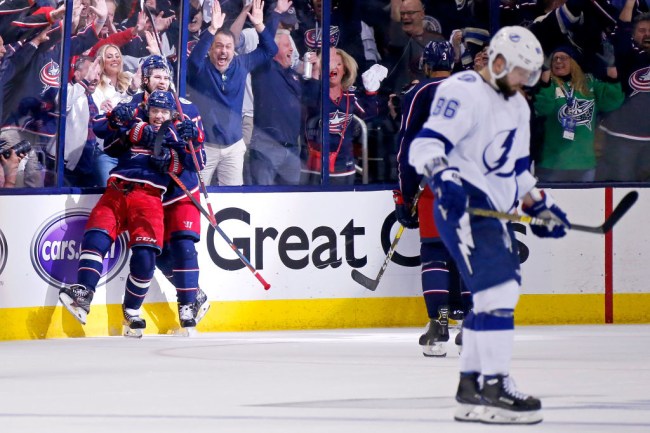 This year’s Stanley Cup Playoffs were an absolutely wild ride where chaos reigned supreme, and while there were plenty of shocking moments and unexpected upsets, I’d argue nothing was more surprising than the performance (or lack thereof) of the Tampa Bay Lightning.

The Lightning absolutely dominated the regular season by winning an NHL record-tying 62 games and finishing a full 21 points ahead of the second-place Bruins and were far and away the favorites to take home Lord Stanley’s trophy heading into the postseason.

Tampa got off to a pretty hot start in their first game against the Blue Jackets by taking a 3-0 lead in the first period but sadly forgot how to play hockey, and after blowing the three-goal advantage, they were never really able to recover and ended up getting swept in the first round much to the delight of everyone who isn’t a Lightning fan.

On Wednesday night, the annual NHL Awards ceremony was held in Las Vegas and we were treated to an absolutely fantastic hockey moment thanks to Carey Price, who surprised a young fan who lost his mom to cancer.

That was easily the highlight of the evening but the second best moment came courtesy of Kenan Thompson, who served as the master of ceremonies for the night.

During his opening monologue, the Saturday Night Live star praised the Lightning for their fantastic season before roasting them for their disastrous playoff performance, and based on the reaction of the team members in the audience, they weren’t exactly thrilled with the joke.

The reactions from the players killed me pic.twitter.com/XQCUeUqA9g