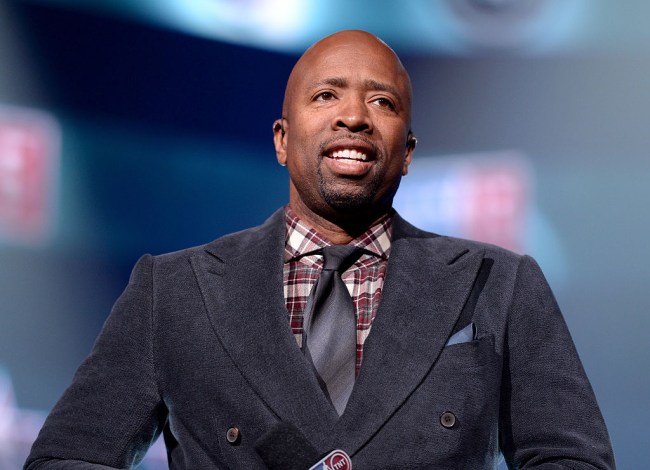 In a normal year, Sunday would have marked the beginning of March Madness, where the NCAA Selection Committee usually makes us sit through an entire hour of television to reveal the bracket for the upcoming tournament when they could have done the exact same thing by sending out a tweet.

However, as you know all too well by now, this is anything but a normal year, and after considering various contingency plans when it was suddenly confronted with a public health crisis, the governing body of college athletics opted to cancel its premier event (and dads across America followed suit by postponing their scheduled vasectomies).

As a result, I found myself in a bit of an interesting position, as prior to the NCAA’s announcement, I had chatted with Kenny Smith, who first made a name for himself playing basketball at the University of North Carolina prior to a lengthy career in the NBA.

However, he’s probably most well-known for his work as an analyst on Inside the NBA, where he’s spent years breaking down the game alongside Ernie Johnson and dealing with the wacky shenanigans of Charles Barkley and Shaquille O’Neal.

The reason I talked with Kenny in the first place is because he was slated to follow in the footsteps of Tony Romo and man the Corona Hotline over the course of a tournament that never was (and yes, I understand the irony of the situation).

One of the most frustrating parts of March Madness being canceled was that the regular season was perhaps one of the most batshit insane ones we’ve been treated to in a long, long time, with highly-ranked teams regularly falling victim to shocking upsets that saw schools rise and fall in the weekly rankings like they were riding the Tower of Terror.

As a result, we’ll never get to see if Smith’s prediction that teams in the SEC would outplay those from other conferences based on the potential they showed during the regular season, nor will we get a chance to see if the players who’ve impressed him the most—Dayton’s Obi Toppin and his alma mater’s Cole Anthony—would’ve been able to help their teams stage a deep run.

However, we also talked about a few topics outside of the world of college basketball—including LaMelo Ball, who many people are predicting could be the top pick in the draft despite playing an abbreviated season for a professional team in Australia as opposed to one in the NCAA.

Smith seems to think the hype surrounding Ball is justified but believes he missed out on a chance to help take his game to an even higher level by not playing college ball, saying:

It might hurt him as a competitor. You’re jumping from a league that probably isn’t as competitive as college basketball and without as many great coaches.

What you miss when you don’t go to college is the fact that you’re not playing for great coaches. They develop great schemes for you and you have to adjust. It’s a learning curve that he’s missing.

Great players adjust but I think he’d have been able to adjust to the NBA style better if he’d gone to college.

After spending 14 seasons in the NBA, Smith decided to pivot to broadcasting and took his talents to TNT, where he’s been behind the desk on Inside the NBA for a couple of decades.

Given the many hijinks that have occurred on the set over the years, I gave him the tall task of picking the funniest moment he’s been a part of, and while he couldn’t land on a single one, he said there were a couple that stuck out:

I remember they asked all of us to pick our Top 10 moments. Myself, Ernie, Charles, and Shaq. In the end, there were only a few similarities that we had. We had 36 different moments.

One of the top ones was when I jumped over the car and got hit. That was one that kind of stuck out. The other one was when Charles kissed the donkey.

If you’re unfamiliar with either of the ones he cited, here they are for your viewing pleasure.

Smith also began his college career at UNC during Michael Jordan’s final year there, and while he didn’t have any specific anecdotes about the legend that stood out, MJ’s legendary ability to verbally taunt his opponents stuck with him:

The difference with his trash talk is that he could back it up. There’s a lot of guys that talk a lot of trash more than him but they just can’t back it up. He was the first heavy trash-talker who could.

In general, it was him telling you what he could do to you on the court. He would literally say, “You can’t stop me from doing this” and then he does it. It was demoralizing.

Some guys get under your skin. They make it personal. He didn’t have to.

I can only hope the NBA decides to resume its season at some point this year because I have severe withdrawal thanks to the lack of Kenny and the rest of the gang in my life.

If you’re in the same boat, I hope this helped fill the void at least a little bit.