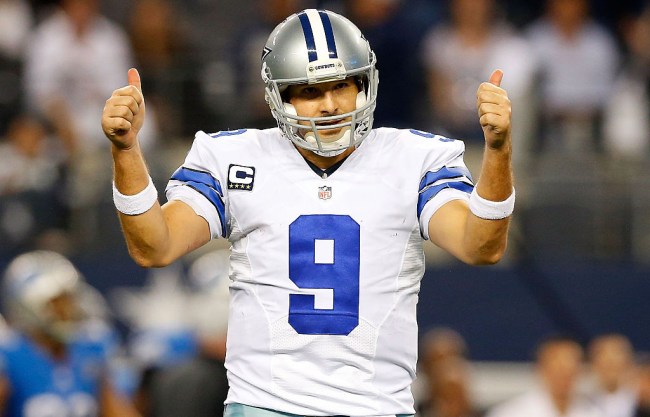 Tony Romo is rocking a polo shirt and one of his signature dad hats while chowing down on a burger, alternating bites between picking at his french fries and taking a sip of beer.

If I didn’t know any better, I would have assumed he’d just walked off of the links and onto the 19th hole.

However, there aren’t many golf courses in the middle of Manhattan, which is where I met up with Romo as he prepares to gear up for the 2018 NFL season a year after defecting from the football field to join Jim Nantz in the announcer’s booth.

Romo burst onto the announcing scene in a big way in 2017 thanks to his seemingly-psychic ability to predict plays, like the time he called a touchdown before the ball was even snapped.

Thanks to his godlike ability to analyze the game, it made sense that he was recruited to replace Jon Gruden at the helm of the Corona Hotline, where he’ll be dishing out predictions and advice to anyone who’s looking to gain an edge this fantasy football season

He’ll also be there for anyone who needs to be talked back from the ledge when things aren’t going so hot.

I was lucky enough to get to sit down with Romo for a bit to talk about a wide variety of topics, including his fantasy sleepers, his skills in the booth, and how he went from being a professional quarterback to flirting with a career in professional golf.

Romo was a three-sport athlete in high school where he managed to balance playing golf, football, and basketball (he also played tennis on the weekends and in the occasional tournament just for fun).

If Caron Butler is to be believed, Romo could have had a basketball career that went beyond a brief “stint” with the Mavericks last year. 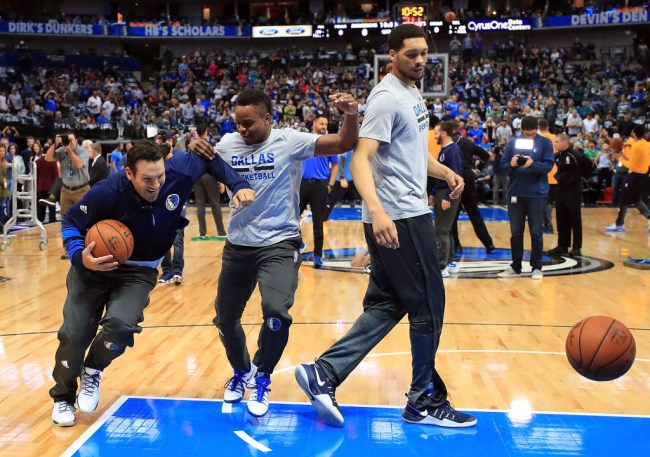 However, the former Cowboy isn’t so sure:

“I think Caron is being nice. I appreciate the gesture. It means a lot. But I think there was a ceiling in my basketball world.”

Romo eventually reached a point where he had to figure out which sport to pursue and decided football was the way to go, saying he took one major factor into consideration before ultimately heading to Eastern Illinois to play football:

“Honestly, just the ceiling as far as how good can you be at [a sport]. I thought there’s a chance if I commit everything to [football]— like I didn’t basketball— you never know how good you can be.”

It’s safe to say things turned out pretty well for Romo, who ended up playing 14 seasons with the Cowboys before retiring from the NFL and heading to CBS— a decision he said was also based on one major factor: “Jim Nantz.”

Romo used Madden to prepare for his first year in the booth (his go-to team was “whoever I thought I could win with”) and while most people are fascinated by his pivot to announcing, I was especially interested in his impressive transition into the world of competitive golf. 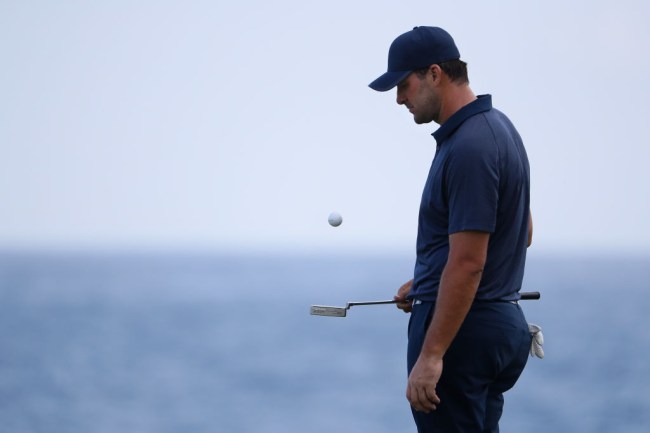 It turns out Romo isn’t exactly a natural golfer— at least based on what happened when he went to test out his first set of clubs after getting them for Christmas as a kid:

“We had a big lot next to my house. So what I did is I went in the neighbor’s yard to hit [the ball] back toward mine. The only thing was I hit the curb in front of me and it shot back and flew by my head. It was Christmas morning and I shattered their window in the living room.”

I guess it’s hard to get any worse from there.

Since then, Romo has honed his skills on his home course at Meadowbrook Country Club in Wisconsin before deciding it was time to really take his game to the next level earlier this year.

His efforts paid off, as he took home the championship at the American Century celebrity tournament this summer (despite the best efforts of the reinvented Charles Barkley) but Romo donated his winnings to charity in order to stay amateur.

However, he revealed he was actually heading to Q-School for an early tee time the morning after we chatted and said there could be a future where we see Tony Romo playing on the PGA Tour:

“I’m going to stay amateur. It just depends if you’re lucky enough to continue to improve and get better. Then you’ll adjust.

For me, I love playing the game. I love competing. Who knows how good I can be one day. I’ve improved a lot in the last five months since I’ve really started to practice.

February was the first time I took it seriously and decided to make an effort as I wanted to see how good I can be. My summer really started to get better… better than getting worse.”

Of course, I wasn’t going to miss out on the opportunity to put Romo’s psychic powers to the test, and if you’re looking for a couple of fantasy football sleepers ahead of the season, he’s got his eyes on a couple of guys:

“I think Jimmy Graham has an opportunity to have a big year. I think there’s a chance he could lead the NFL in touchdowns. I think he’ll probably finish top five for the year. He’ll be off to a pretty hot start.

If you’re looking to solicit more advice from Romo (and also like winning free things), you can hit up the Corona Hotline at 1-844-9CORONA at any point over the course of the season.