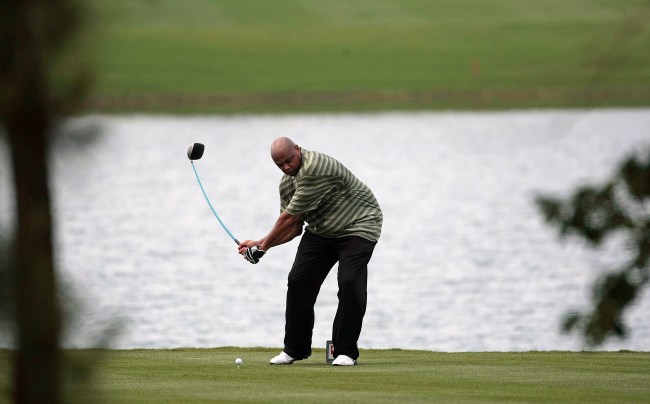 Golf is one of the most mental sports in existence and even the best players in the world have managed to totally collapse by getting way too into their own head. If you ever think you’ve had a bad round, I’ve found one of the best ways to make yourself feel better is to watch Jean van de Velde’s collapse on the 18th hole at Carnoustie to put things into perspective.

If you’ve played the game long enough, there’s a very good chance you’ve at some point suffered a case of the yips, a largely unexplainable phenomenon where your muscle memory gets hit in the head with a lead pipe. However, if you need an example of what it looks like, you don’t have to look any further than the sad, sad case of Charles Barkley.

Barkley has done everything in his power to fix his swing— including teaming up with legendary coach Hank Haney to make a television show chronicling an ultimately unsuccessful attempt to correct his form— but nothing’s really seemed to work. However, based on a recent video from the opening round of this year’s American Century celebrity tournament, it appears Barkley has been touched by the hands of God.

I feel like this is the closest I’ll ever come to witnessing a miracle.

Barkley was given 6,000-1 odds to win the tournament, and while it’s unlikely he’ll be able to compete with slightly more heralded celebs like Tony Romo and Steph Curry, something tells me he’ll be a bit more competitive than he has in recent years.