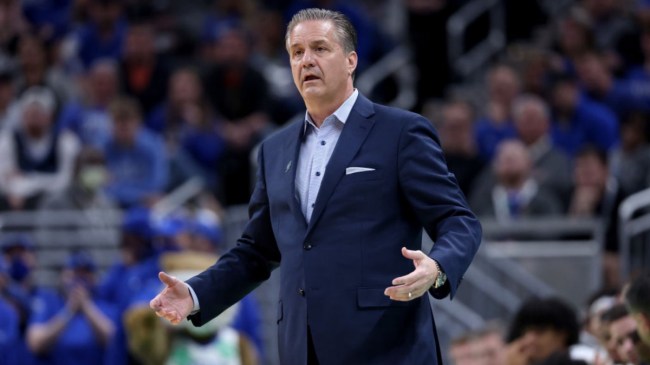 College basketball fans just got another reason to be excited about the sport’s non-conference schedule for the next 6 years.

There were already plenty of reasons to look forward to the early portion of the season. Early in the season, fans are treated every year to the doubleheader of Michigan State-Kentucky and Kansas-Duke.

Then there are the many tournaments that pit some of the nation’s best teams against each other for a shot at some silverware. Toss in some big neutral-site games and there’s plenty of important college basketball action in the first couple of months.

Now there’s another massive matchup joining the schedule early in the year. Today it was announced that Kentucky and Gonzaga would have a yearly matchup for each of the next 6 seasons.

Kentucky and Gonzaga have agreed to play each other in each of the next six seasons.

Kentucky is one of the most storied programs in college basketball history, having won 8 titles in their history. However, they haven’t quite lived up to that legacy in recent years. Last year, they were eliminated in the 1st round of the NCAA Tournament by 15-seed St Peter’s. The year before, they finished 9-16.

Gonzaga has been the much more successful team in recent years. They’ve made it to the Sweet Sixteen every season since 2015, Have won 10consecutive West Coast Conference titles, and have made a pair of appearances in the national championship in the last 6 tournaments.

Now these two programs are set for a big early-season matchup that could have a major impact on the rankings throughout the year. This will be a matchup to circle on the calendar for the next 6 years.