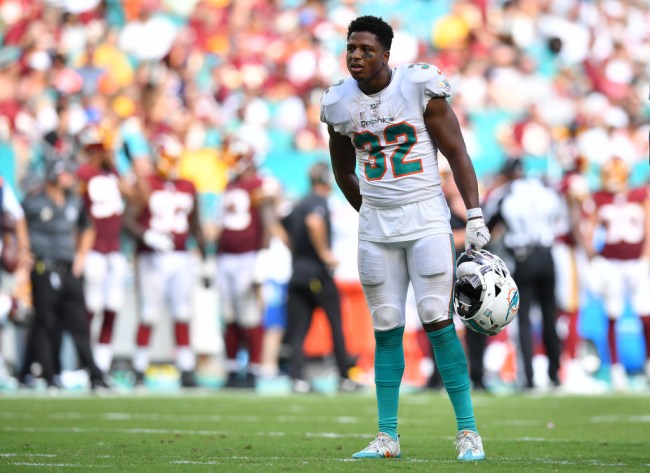 Miami has the Dolphins, the worst football team.

The Dolphins have reportedly agreed to trade running back Kenyan Drake to the Arizona Cardinals in exchange for a conditional 2020 draft pick as their tanking efforts continue to take steps in the right direction. They may not want to call it a tank, but come on.

Compensation update: Arizona is trading a 2020 6th-round pick that could become a 5th-round pick to Miami in exchange for RB Kenyan Drake, per source.

Arizona may be an interesting landing spot for Drake as the Cardinals are 3-4-1 on the year and aren’t any sort of contender at the moment, but acquiring the 25-year-old with a banged-up backfield isn’t a bad move, especially for a possible fifth-round pick.

As for the Miami side of the trade, acquiring the possible fifth-round pick may seem a little light, but it’s better than nothing and gives the Dolphins yet another pick at this year’s NFL Draft pushing their total to 13. They’ve already got three first-round draft picks in their pocket as well.

Drake led the Dolphins in rushing with a whopping 174 yards on the year if you wanted to know just how bad things are in Miami. Miami has the third-worst rushing attack in the league averaging just over 66 yards per game.

Drake has been effective in the pass-game over the last few seasons and the Cardinals will surely look to utilize that part of his game for the remainder of the season.

The Dolphins’ two biggest playmakers now are Ryan Fitzpatrick and Preston Williams as they’re staring an 0-16 season in the face. They do still get to play the Jets twice this year and get the Bengals at home, but things are bad in South Beach.