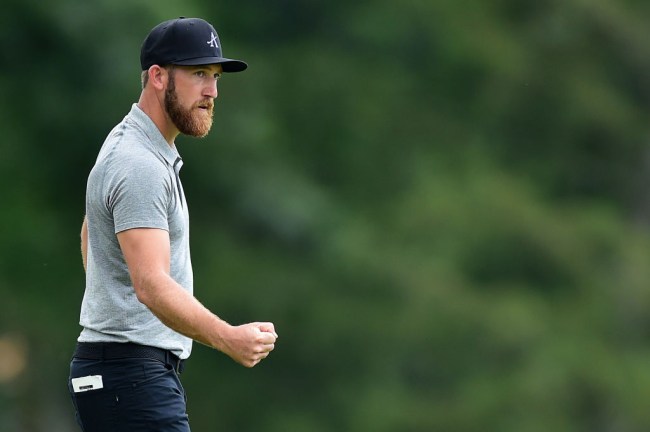 Kevin Chappell found something on Friday at A Military Tribute at The Greenbrier. Actually, that’s putting things way too lightly, Chappell turned into something non-human as he carded a 59 at The Old White TPC in West Virginia.

Imagine battling injuries and taking 10 months off and in your second round back on the biggest stage on the planet, you reel off nine straight birdies en route to a 59.

The streak of nine straight birdies ties the PGA Tour’s birdie-streak record. Mark Calcavecchia made nine straight in the second round of the 2009 RBC Canadian Open. There have been eight other players in Tour history that have made eight consecutive birdies.

I think it’s even that much more impressive that his birdie streak came during his first nine holes. He turned at eight-under and without a doubt that sub-60 number was in his head in a major way. That birdie at the first to push the streak made things very real.

Just to be very, very clear, Chappell was feeling it in a major way. He even told his caddie he wanted a 57 after he birdied his 16th hole of the day, the seventh. Unfortunately enough, that was his last birdie of the day as he parred the final two holes for the 59.

After he birdied his 16th hole of the day to get to -11, Kevin Chappell said, "I told my caddie I wanted to shoot 57."#TourSauce

Chappell became only the 11th player in PGA Tour history to card a sub-60 round.

Despite shooting 11-under on Friday, Chappell finds himself three shots off the lead heading into the weekend. Scottie Scheffler, Joaquin Niemann and Robby Shelton are tied at the top at 13-under.