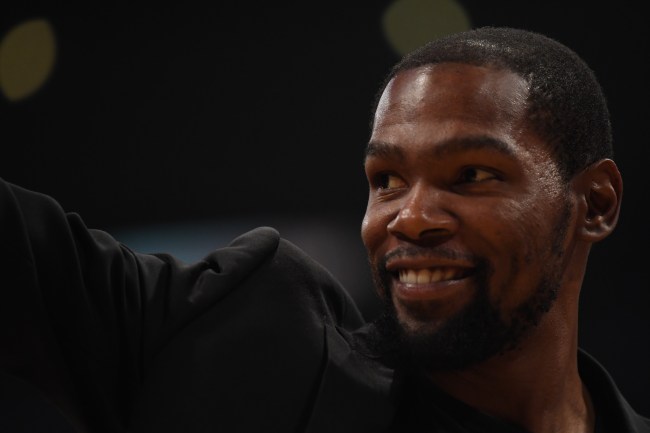 Kevin Durant made the easiest $1 million dollars of his career.

On Friday, the depleted Brooklyn Nets clinched their second straight playoff spot in the Eastern Conference.

Kyrie Irving played 20 games and Kevin Durant played zero games and yet, the Nets still made the playoffs behind the lead of their core from last year's team.

That'll be 2 straight postseason appearances and 5 of 8 since moving to Brooklynhttps://t.co/vBvD479VMw via @NetsDaily

Despite not playing any games this season due to an Achilles injury Durant still received his $1 million bonus for the team making the playoffs.

Kevin Durant has earned a $1M bonus with Brooklyn now clinching a playoff spot. The bonus before the season was considered likely and will not impact his $40.1M cap hit for 2020-21. https://t.co/lwhsuuIgFR

Hopefully, KD buys his teammates something special for helping him earn a cool mil.