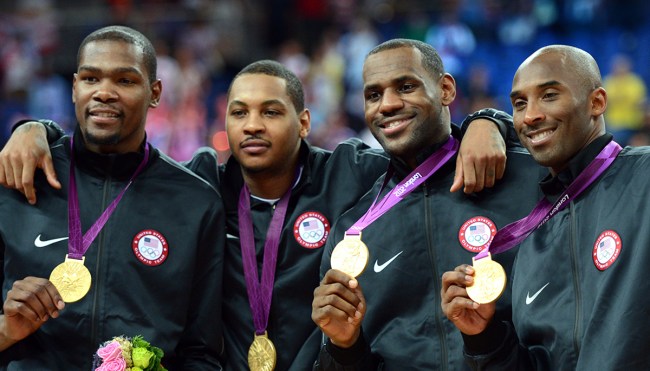 The United States has been a perennial favorite to take home the gold medal in men’s basketball at the Summer Olympics since the sport was officially added into the fold at the Berlin Games in 1936.

Team USA has earned the top spot on the podium in 16 of the 19 tournaments it’s played in; two of the countries it lost to (Yugoslavia and the Soviet Union) can no longer be found on a map, which makes Argentina the only other nation in existence that’s been able to secure bragging rights after pulling off a shocking upset in the semifinals in 2004 before beating Italy in the championship game.

It doesn’t take a genius to understand why America is such a powerhouse. The country not only got a head start on the rest of the world by, you know, inventing the sport of basketball but has also had the luxury of being able to send a squad full of some of the most talented NBA players on the planet to the Olympics since the age of amateurism came to an end in Barcelona at 1992.

The delegation of players that represented the country that year was dubbed “The Dream Team” thanks to the almost unfair amount of talent on the roster (Christian Laettner is the only member who was not individually inducted into the Basketball Hall of Fame).

You’d be hard-pressed to find anyone who genuinely believes there’s ever been a better collection of basketball players on a single team. However, that didn’t stop Kevin Durant from suggesting he and the other guys who won the gold in London in 2012 were “the best team ever” in a tweet that he deleted shortly after posting it on Friday. 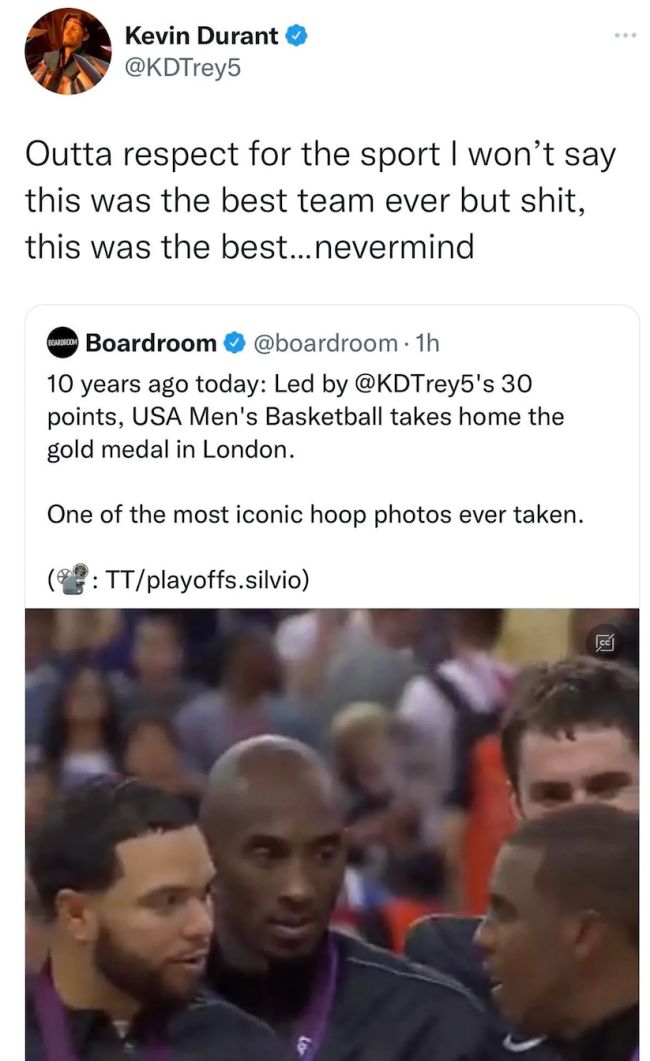 There’s no doubt that team—which was also home to Kobe Bryant, LeBron James, Carmelo Anthony, and James Harden—was a force to be reckoned with. However, Durant’s bold claim is severely undermined by a comparatively thin supporting cast of guys like Tyson Chandler, Kevin Love, and Deron Williams.

KD may have deleted the tweet, but as we all know by now, the internet never forgets—and plenty of fans who will not stand for any Dream Team slander let him hear it.

92 Dream Team will have something to say about that!

Respect but the Dream Team beats you all by 20.