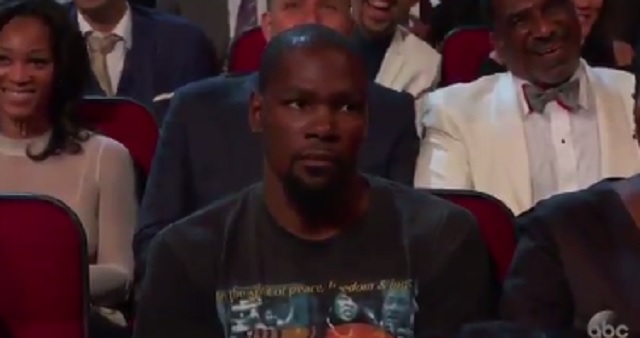 Yesterday, Golden State Warriors star Kevin Durant was busted on Twitter taking shots at the OKC Thunder and his former coach Bill Donavan after it seemed like he forgot to switch to one of his burner accounts to argue with trolls.

Today at TechCrunch, Durant admitted to sending out the tweets and apologized to his former OKC Thunder coach.

KD owns up to his Twitter mistake (via @anthonyVslater) pic.twitter.com/7HqhgLr4Nz

Kevin Durant might have the thinnest skin in the history of the NBA.