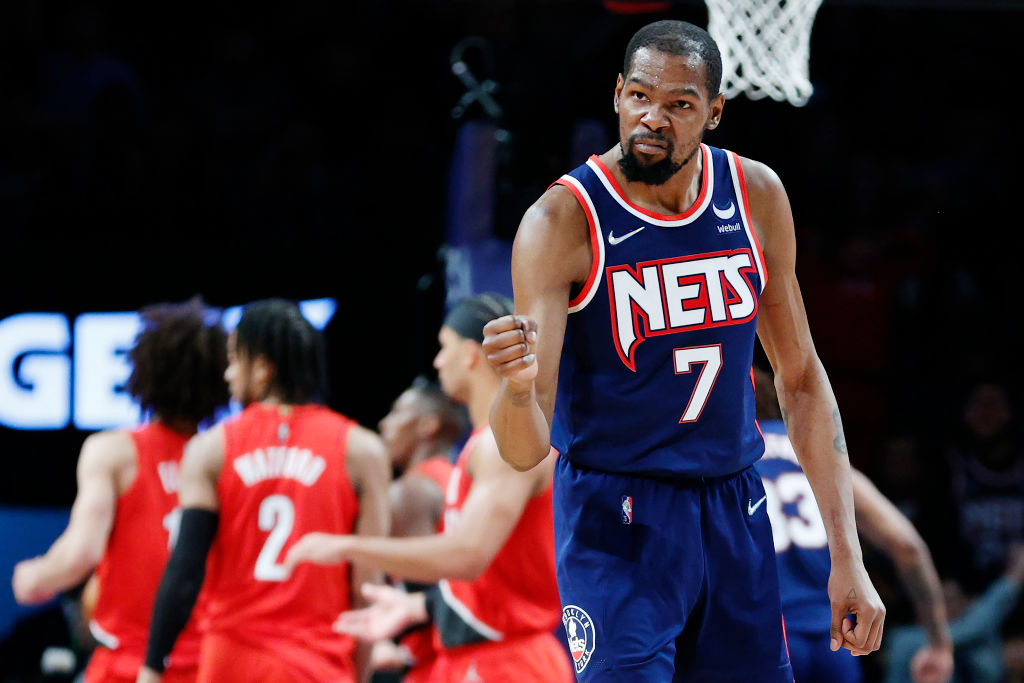 The Kevin Durant situation has just taken a significant turn.

Over the weekend, Durant met with Nets Joe Tsai and demanded they either trade him or fire head coach Steve Nash and GM Sean Marks.

In a meeting with Nets owner Joe Tsai, Kevin Durant reiterated his trade request and informed Tsai that Tsai needs to choose between Durant or the pairing of general manager Sean Marks and coach Steve Nash, sources say.

Sources: Kevin Durant informed Joe Tsai that he does not have faith in the Nets‘ direction. The meeting was described as transparent and professional, with a clear message: Keep me — or the GM and coach. https://t.co/W1voNf9MDC https://t.co/0lbBay2OxF

The Nets have listened to trade talks this offseason and have yet to receive an offer they like.

After Durant’s trade request on June 30, the Nets engaged in conversations with almost every team in the league, according to sources. But because the Nets have set a sky-high threshold for the return the franchise wants for Durant — a two-time NBA champion, two-time Finals MVP, a former league MVP, and 12-time All-Star — teams have not yet been able to meet the asking price.

The Celtics, Toronto Raptors, and Miami Heat remain the most significant candidates to acquire Durant, sources said, with Boston’s package centering around All-Star forward Jaylen Brown seen as a viable deal. Sources said that Tsai and the Nets have made it clear privately that they will take every last asset from a team that trades for Durant.

It is worth noting that Durant still has four years left on his contract, and it’s unclear if he’s willing to sit out if his demands aren’t met.