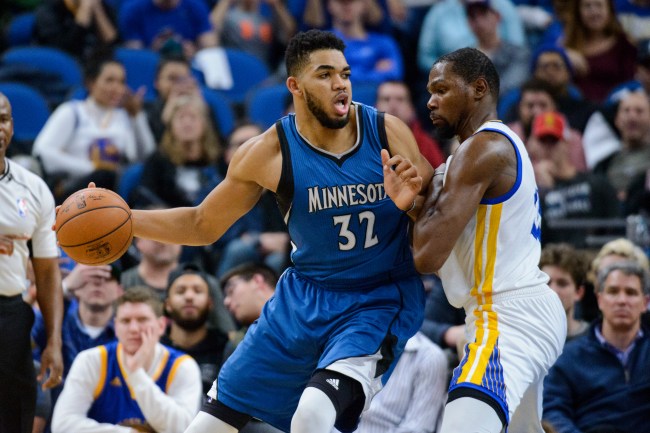 Somewhere in a dark, dank basement, Kevin Durant is logging into his burner accounts to defend himself against a photo snapped in Golden State’s 117-107 win over Minnesota on Tuesday night. Durant, who finished well below his season average with 17 points, is pictured wanting no smoke generated from a thunderous Karl Anthony-Towns dunk. KD brings his hands close to his chest to form alligator arms, effectively giving the Timberwolves seven-footer a defenseless path.

In the industry, we call this a “business decision.”

While Durant would have either gotten posterized, injured, or both if he had attempted to divert destiny, it doesn’t fare well for the reputation KD has of being a tad soft, both emotionally and physically.

Lest we not forget, Durant is a top 3 player in the game and any fanbase in the league would chop off a finger to have him, but when you act like a lil biatch you gotta get called on being a lil biatch. I don’t make the rules, I just enforce them.

His dunk was trash pic.twitter.com/yczgy0Tg7x

When you want to be known as the best player in the league but you gotta win a championship on a team that didn't win 73 games pic.twitter.com/e1LHsDpaVf

I hope KD doesn’t see this. I’m not prepared to die on this hill.