Kevin Durant And Klay Thompson Confront Drake After Game 2 ‘You Weren’t Talking Tonight Were Ya? Bum A**’ 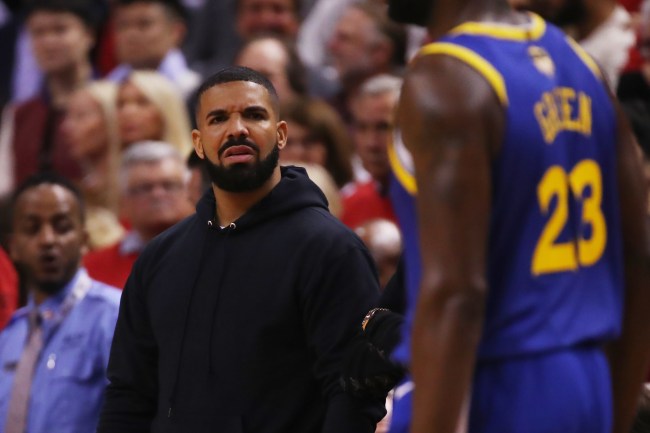 Toronto based rap superstar Drake has made his presence felt during the NBA finals with his trolling.

During the Raptors game 1 win against the Warriors Drake called the Dubs trash and hit Klay Thompson with the “Hotline Bling” dance during the game.

Before game 2 Drake was back to his trolling when he wore a Home Alone inspired hoodie that mocked Kevin Durant for being injured and not playing in tonight’s game.

Unfortunately for Drake the Raptors lost game 2 and he was confronted by Kevin Durant and Klay Thompson after the game near the locker room area.

“See you in the bay Aubrey, you weren’t talking tonight were you? Bum ass” – Klay to Drake. 🤣😳🤣 (via @jdumasreports) pic.twitter.com/DGVhvueCea

Drake better hope the Raptors win game 3 because it seems the Warriors are ready to throw it in his face every time they came out on top.