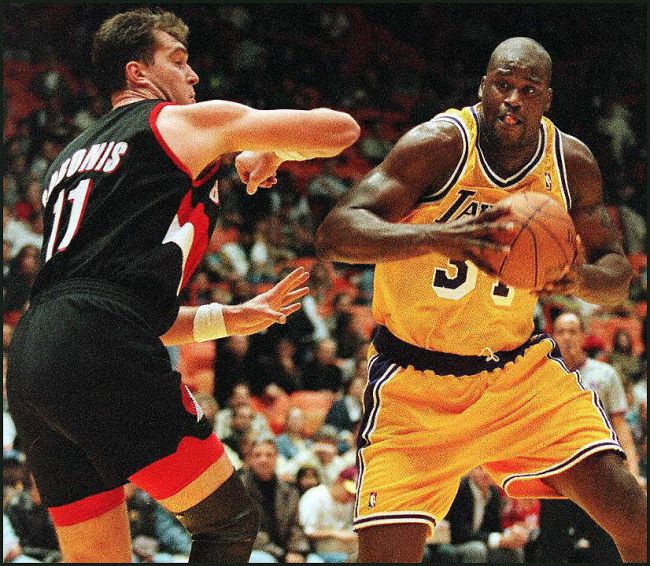 Shaquille O’Neal sparked some debate among NBA fans this week when he discussed a hypothetical matchup between his and Kobe’s Los Angeles Lakers teams and the current Golden State Warriors.

Shaq was pretty dismissive of the Warriors chances and indicate they’d have bullied Steph Curry. He told Frank Caliendo, “We would’ve let Steph Curry drive to the basket and I would have laid his little ass out a couple times. Period.”

One of Steph’s former teammates disagreed with Shaq’s assessment. Kevin Durant responded to Shaq’s comments and questioned the big man’s ability to defend the pick and roll. Durant said, “Bring Shaq up in that pick and roll and test them hips.”

Shaq was unconcerned with his ability to defend, telling Durant, “I [don’t] have to stop anyone, I have to be stopped, which is impossible to do. Well it was, I’m old now.”

Shaq was tough to stop back in the day 💪 pic.twitter.com/qsaI6o9ZCP

The 2000s Lakers would have been an interesting matchup for the current Warriors. Shaq is absolutely right that he’d have been a nightmare for the Warriors to try to stop. Their interior defense isn’t exactly their biggest strength and it’s hard to picture Draymond and Looney slowing Shaq down.

However, the Warriors would provide some matchup issues of their own. The Lakers would have a tough time slowing down the 3-point onslaught from the Warriors and their numerous scoring options.

While it’s tough to figure out how these teams from very different era would actually stack up against each other, odds are these two dynasties would put on a show on the offensive end of the floor if they were any way to bring the hypothetical matchup to life.