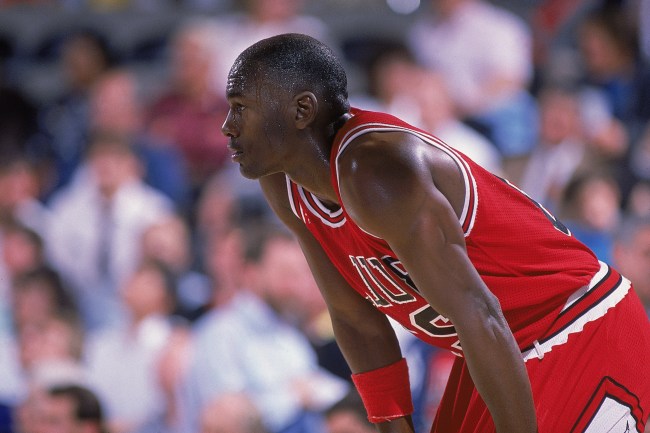 Apparently, Michael Jordan loves to show off his old highlights to people on an everyday basis.

During an appearance on Jimmy Kimmel Live to promote his new memoir, Kevin Garnett told the hilarious story of how he once talk trashed to Jordan during a game in his rookie season and how it didn’t end well for him.

We have a saying in the league that you let some sleeping dogs lie, and I am a product of that,” “I’ll use Michael Jordan as an example.

“I’m young, I’m 19 years old, I’m in the league, I’m fresh, I graduated out of high school in Chicago. We (the Timberwolves) come back, we play the Bulls… And I was playing great, probably the best I’d ever played in my life at this point, right? And it’s against the Bulls, and (Timberwolves teammate) J.R. Rider is having an unbelievable game too. And I’m just feeling 19, I’m like, ‘Yeah, keep going (Rider). You killing him (Jordan). Ooooo.’ And in the short form of it: I woke up a sleeping dog. And it wasn’t pleasant.”

Garnett went on to add that Jordan reminds him about that game to this day and that MJ has a personal assistant whose job it is to pull up MJ’s highlights on command during everyday conversations.

Whenever I see Jordan, he always does the same thing every time,” “He palms my head and he said, ‘You remember I gave you 40 in three quarters?’ And I’m just like, ‘Man, go ahead.’ And then he has this sidekick of people around him, he’s like, ‘Hey, pull that up!’ And then a guy goes and pulls it up. Who walks around with content already t’d up like that?

Wonder how much Jordan’s assistant gets paid just to bust out the MJ highlights on command. Sounds like a sweet gig.