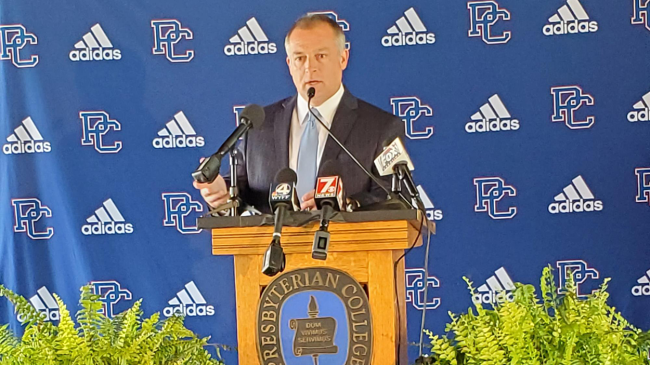 When Kevin Kelley was hired as the head football coach at Presbyterian College, it immediately made the small liberal arts school the most interesting program in the nation. Kelley, who previously served as a high school coach in Arkansas, never punts and always kicks onside.

Although he modified his strategy a little bit for the collegiate level, it was rare that he swayed from his strategy. It just didn’t work.

The Blue Hose lost every game against Division-I opponents. And although a lot of points were scored, each loss was ugly.

Presbyterian lost nine games by a total of 544-252. Kelley and his team was doubled up and some. Their only two wins came against St. Andrews and Fort Lauderdale, neither of which compete on the Division-I level.

In those two wins, however, Kelley’s strategy was on full display. His team scored 84 points in Week 1 and 68 points in Week 2. Throughout the entire season, his team finished No. 1 in the nation in passing and No. 3 in total offense.

And, to be fair, Kelley was dealt a bad hand. The Blue Hose is not good and they do not offer scholarships.

Likely for those reasons, Kelley’s time with the program is done.

He is stepping down after only one season.

And based on the school’s statement regarding the resignation, he was not fired and it came as a surprise.

Presbyterian announces Kevin Kelley has resigned after one season for personal reasons.

“Although disappointed that he is leaving PC, we respect his decision to step down and wish him nothing but the best moving forward,” AD Rob Acunto said.

Although his contract is not public, part of the reason Kelley may have stepped down is that his salary at his former high school very possibly could have been larger than what he was getting paid at Presbyterian.

Regardless of reason, one of the most fascinating coaches in the entire country is available. He has garnered quite the reputation for his unique approach to the game and even received praise from Bill Belichick, who has become his confidant.

Was he frustrated with how he and his program was treated at Presbyterian? Will he stay on the collegiate level? Will he return to the high school level and keep winning state championships?

The opportunities for Kelley are endless. It’s now a question of which school is going to take the gamble.