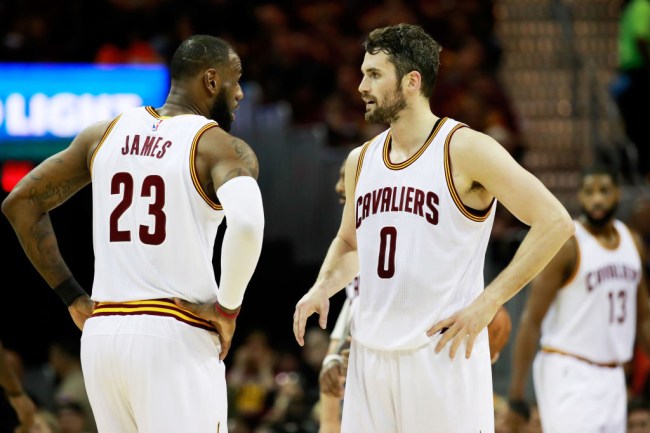 Kevin Love doesn’t seem to be well liked by the Cavs organization these days. Earlier this week it was revealed that Cavs players confronted Love about allegedly faking an illness to get out of the team’s game against the OKC Thunder on Saturday.

Just last night, Love was ignored by his teammates when he got pushed to the ground by LaMarcus Aldridge during the Cavs game against the Spurs.

Kevin Love gets left on the ground after he gets hit in the face.. no teammates came to help him up 🤔 pic.twitter.com/dynPe0mKPQ

\
Today, Love caused a bit of a stir when he went on Twitter and said that he hoped to play alongside Golden State Warriors guard Klay Thompson during this year’s all-star team.

Would be special to end up on the same All-Star team as @KlayThompson …our families have been friends for a long time. Crazy that it’s even a possibility. Just a thought!!!

Hmmm…what are you trying to tell us @kevinlove?

This is really not the way you help growing controversy with your current team. Not a good look regardless of personal feelings or relationships. pic.twitter.com/FEhGNvwazb