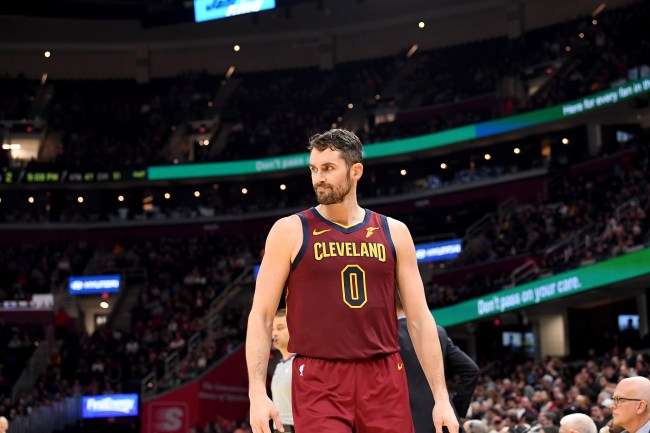 Kevin Love appears to want out of Cleveland.

On Saturday afternoon it was reported that Love had yelled at GM Koby Altman for trying to fine him for slamming his hand against a chair in frustration.

“Love raised his voice toward the general manager and Altman threatened to fine him. Sources said they heard Love say, ‘Go ahead. I have plenty of money.'”

Kevin Love was fined $1,000 by the Cavs for this outburst on the bench, per @ShamsCharania

Kevin Love reportedly told Cavs GM Koby Altman, “Go ahead. I have plenty of money.” after Altman threatened to fine him last season after a similar outburst.
pic.twitter.com/4StYaWJIbq

During the Cavs’ game against the Thunder on Saturday night an annoyed Kevin Love asked for Colin Sexton to give him the ball and proceeded to angrily passing the ball towards Cedi Osman.

The way Kevin Love threw the ball man is FED UP pic.twitter.com/lYaSQ9mXzY

I get that Kevin Love is frustrated with losing every single season of his career except for when LeBron is his teammate, but come on man this isn’t the way to be. Cavs should send Love home. No point in playing him if he’s gonna play like this. https://t.co/XayZlszMup