Kevin Na, Grayson Murray Trade Shots On Twitter And Things Are Getting Heated 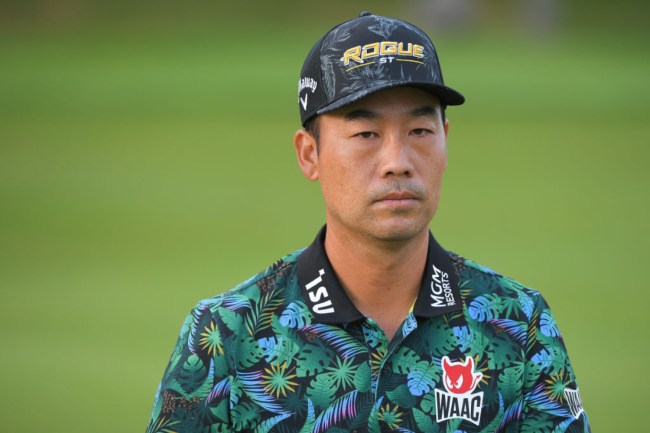 It’s not often we see PGA Tour players talk trash to one another on Twitter so when it happens, we pay attention. The latest squabble comes courtesy of Kevin Na and Grayson Murray.

Kevin Na is busy defending his title at the Sony Open in Hawaii this week, but he still found time to chirp back at Murray after he called Na out over his pace of play.

It all started when Murray decided to very randomly quote tweet golf analyst Chantel McCabe’s tweet about Na walking in putts. After Murray’s initial tweet was up for about three hours, Na chirped back calling Murray out for missing so many cuts.

u missing the cut is getting old!

Murray missed seven cuts and withdrew from two other tournaments before announcing that he is dealing with alcoholism. Na clearly doesn’t care that Murray is working on things away from the course, however.

Less than an hour after Na’s reply, Murray wrote, then deleted, “hahah love it little guy! would never tell me that to my face.”

He kept pushing after that, as well, quote tweeting Na’s response calling him out for his slow pace of play as well.

If they penalized you like they should for slow play you’d never make another cut either. https://t.co/6oY80JrEDy

Na is known as one of the slower golfers on the PGA Tour, but his pace of play has picked up drastically over the last handful of years. He hasn’t yet responded to Murray’s latest tweet,  but we’ll be sure to keep an eye on these two moving forward.