Tennessee On The Hook To Pay Kevin Steele $900k For 2 Weeks Worth Of Work As Interim Head Coach, Proving It’s Utterly Incompetent 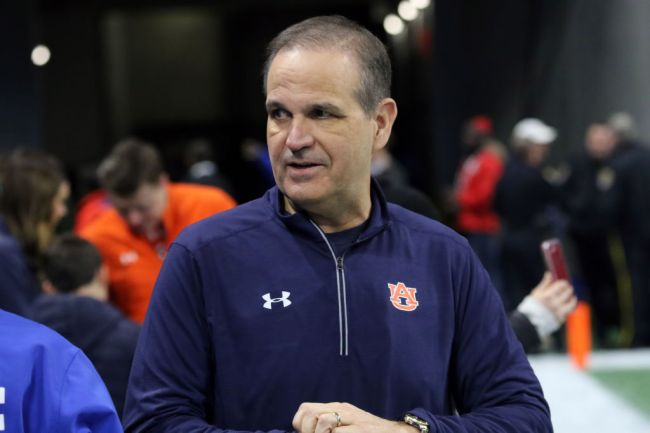 The Tennessee football program is incompetent. Whether the Vols’ delusional fanbase wants to admit it or not, Tennessee football is a total mess at the moment. Forget the NCAA investigation cloud hovering over the program, last year’s 3-7 season, or the fact the majority of fans hate the recent hiring of Josh Heupel, we need to talk about the gigantic check UT is now having to write Kevin Steele for doing absolutely nothing.

Steele was brought in to run the football program as the acting head coach on January 18, the same day it was announced that Jeremy Pruitt had been fired and athletic director Phillip Fulmer was ‘retiring.’ According to Football Scoop, Steele signed a guaranteed two-year contract that would see him make $450,000 annually.

Tennessee leadership decided to offer Steele that contract despite the fact it had no athletic director in place and the football program was a literal circus. Steele is a former player and coach at Tennessee, so in typical fashion, the school thought ‘hey, let’s treat him like family and sign him to a contract’ despite not knowing what the hell may happen 10 minutes from now.

“Coach Steele has deep Volunteer roots, having played here and coached here in the past, Tennessee Chancellor Donde Plowman said in early January. We will give him the support he needs to keep the program moving forward toward success.”

Fast-forward a few days and Tennessee hires Danny White from UCF as its new athletic director and shortly after that, White brings in Heupel from Orlando as head coach. Well, Heupel isn’t expected to retain Steele therefore the university is on the hook to pay him the $900,000 he’s owed for his role as acting head coach.

I understand Tennessee had to have someone serve as interim coach until it went out and found its new head coach, but it absolutely did not have to offer a two-year deal worth almost $1 million. The early-signing period was already in the rearview number and with the NCAA investigation taking place, future recruiting had already taken a huge hit from that news alone.

It would have been a wiser decision for the university to sign Smoky, its live dog mascot, to a contract to be the interim head coach at that point given there was zero direction as to where the program was headed and the optics couldn’t get any worse. Instead, Tennessee is paying a guy who probably didn’t even have an office on campus yet $900k.

Tennessee doesn’t care about writing checks, though. Heupel is the sixth head coach the football team has hired since 2009 and the program is still paying out contracts of former head coaches, so what’s another $900k?

Steele, on the other hand, may be one of the smartest people in college football. He’ll have $900k coming his way from Tennessee and a total of $4 million from Auburn over the next two years.