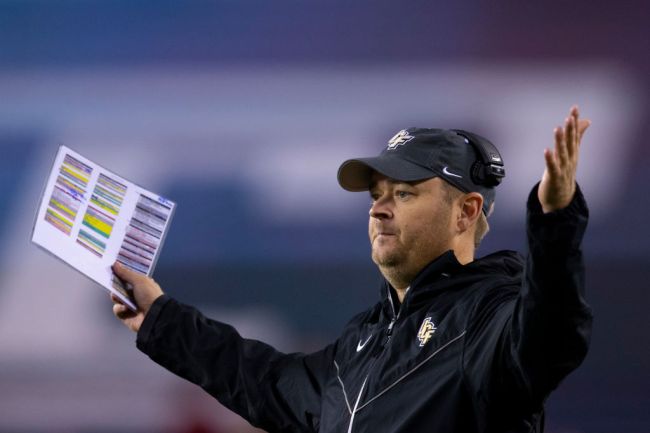 The 42-year-old Heupel has spent the last three seasons in Orlando leading the Golden Knights to a 28-8 record that included a 12-1 season in 2018 that ended with a loss to LSU in the Fiesta Bowl. Prior to taking over the UCF program, Heupel made stops at Oklahoma, Arizona, Utah State, and Missouri as an assistant coach and was the Heisman Trophy runner-up in 2000 as Oklahoma’s quarterback.

Despite the fact that Heupel has a strong coaching resumé, albeit at the non-power five level, the majority of Volunteer fans out there aren’t too pleased with the hire. Tennessee fans wanted to see the program swing for the fences with this hire, with names like Hugh Freeze, Gus Malzahn, P.J. Fleck, James Franklin, and even Lane Kiffin atop their wish lists.

It’s worth noting that UCF has finished second in the country in total offense each of the past two seasons and this past year the offense averaged 568 yards per game. Tennessee averaged 346 yards per game last season giving the Vols the fourth-worst offense in the SEC. Tennessee’s offense has been flat-out bad for quite a while now and Heupel may be able to change that narrative, but since he’s not a big name, fans don’t have much faith he can pull that off.

One has to assume that new athletic director Danny White, who was also hired from UCF, did reach out to more high-profile names, but a looming NCAA investigation into football recruiting may have kept the more well-known coaches from wanting to come to Knoxville.

Here’s a look at how some Tennessee fans reacted to the news of Heupel becoming the new man in charge on Rocky Top:

Okay that’s it. That does it. I’m done. I’ve been a Tennessee for 69 years. All the kids in my family went to UT. I even named my son Peyton. I’ve been a season ticket holder since ‘87, have stuck with them in the good and bad, but this does it. Selling my memorabilia on ebay.