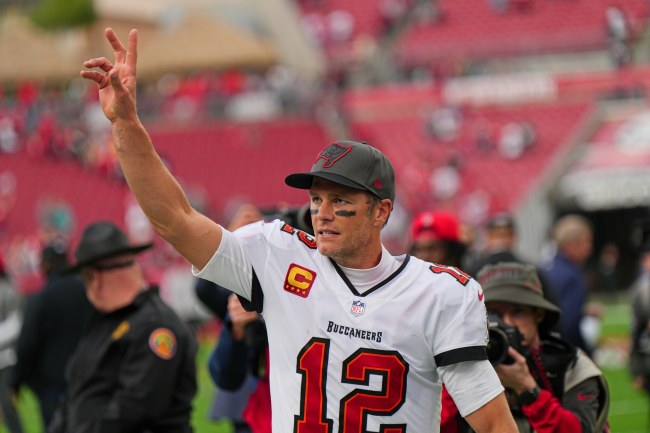 As we head into the NFL’s divisional round, there is one major story that is beginning to develop. Many people around the football world are chiming in on what they think will happen after Sunday’s matchup between the Tampa Bay Buccaneers and Los Angeles Rams.

Speculation began earlier in the week over the future of Tom Brady. It began with former teammate Rob Ninkovich saying that he wouldn’t be surprised if Brady retired after this season.

His offensive coordinator, Byron Leftwich put a bit of a damper on the rumor, pointing out the high level Brady is playing at right now, but that hasn’t stopped speculation.

Now FS1’s Kevin Wildes has added his own take to the speculation. Wildes believes that if the Tampa Bay Buccaneers lose this weekend, it could be the last time we ever see Tom Brady on the field.

Brady talked said he could play until he's 50 or 55, physically. So what we're talking about is the sacrifice he has to do in the rest of his life. … I think it's very plausible if he loses this game he could retire." — @kevinwildes pic.twitter.com/JS7rh68wYs

Maybe Tom Brady would retire with a loss on Sunday, but it feels like a few more wins would make retirement a lot more likely. If Brady can go out and win a Super Bowl this year with all of the Bucs’ injuries and Antonio Brown drama they’ve dealt with, there would really feel like he has nothing left to accomplish.

It would be a real shame to see Tom Brady go out with a loss in the divisional round, but I guess the day will have to come some time. Maybe Sunday actually will be that day.