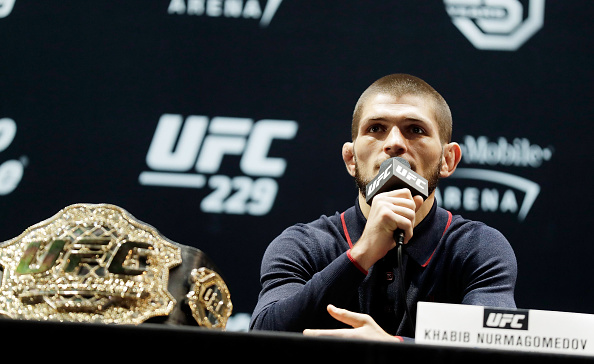 After his win tonight at UFC 229, Khabib Nurmagedov jumped out of the Octagon to fight one of Conor’s trainers who was talking trash to him.

Three members of Khabib’s team were detained after they jumped into the Octagon to fight McGregor.

Dana White says Conor McGregor has REFUSED to press charges over tonight's incident. The 3 people arrested on Khabib's side have been released by police.

LKhabib eventually spoke to the media and apologized to the athletic commission for his actions. Khabib went on to blame the media for changing MMA and enabling the trash-talking McGregor.

The media changed MMA, this is respect sport, this is not trash-talking sport, I told you before I want to change this game. I don’t want people to talk shit about opponents. talk shit about his father, his religion, this for me is very important