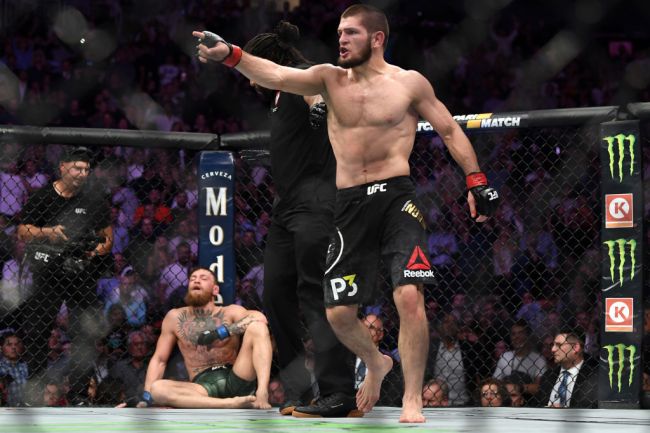 Just last week, McGregor was heavily criticized when he appeared to mock Nurmagomedov’s father, who passed away after contracting Covid-19 last year.

The tweet in question appears to be a reference to Nurmagomedov’s Twitter post from last month when the retired UFC fighter congratulated Dustin Poirier for beating McGregor at UFC 264.

Good always defeats evil.
Very happy for @DustinPoirier I hope you will get the belt end of the year

On Wednesday Nurmagomedov made an appearance on Mike Tyson’s “Hotboxin’ podcast and fired back at McGregor over the tweet about his father.

During the interview, Nurmagomedov called McGregor “dirty” and accused the Irishman of tweeting while drunk or on drugs.

“When he talked about this, only evil can talk about your father, wife, kids, religion,” “If you’re normal human, you’re never going to talk about this stuff. For me, I think he post this tweet (while) drunk too much or (he was doing) something. Then the next day, he always delete these tweets. When he become normal life (he looks at his phone) and says, ‘Oh, look what I did.’ Then he delete. This is my opinion what he do all the time.

“When someone is not with us – he is not even alive – this shows what you have inside. This shows how dirty you are. When you one of the best in the world and you come and you punch someone who is like 70 years old, like an old man (in a pub), this shows your heart. This shows who you are inside, how dirty you are. When you have parents and you have kids, how can you show yourself like this? I don’t understand why his close people don’t go, ‘Hey, what’s going on?’”