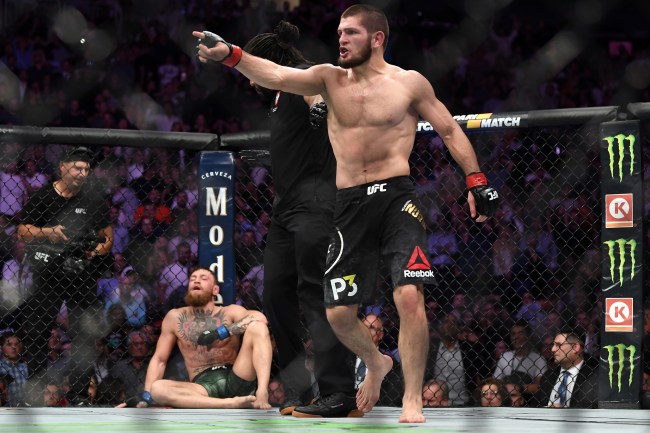 It doesn’t seem like Khabib Nurmagomedov is interested in coming out of retirement to fight Conor McGregor now that he lost to Dustin Poirer.

On Saturday night after McGregor was stunningly knocked out at UFC 257, Nurmagomedov, who was considering returning to fight the Irishman later this year, blasted his former rival on Twitter for changing teams and not properly preparing for his fight.

This is what happened, when you change your team, leave the sparring partners who made you a champion and sparring with little kids, far away from reality.

After UFC 257, Dana White says he spoke to Khabib and it’s pretty clear that he’s not coming back to the Octagon anytime soon.

Dana White: "I did talk to Khabib. And he said to me, 'Dana be honest with yourself. I'm so many levels above these guys, I beat these guys.' I don't know. But it doesn't sound very positive. We'll see.” #UFC257

Dana White spoke to @TeamKhabib after tonight’s main event and it “doesn’t sound very positive” about his future.

Says Poirier vs. Chandler could be on deck for a potentially vacant belt. pic.twitter.com/dCY7NppfGj

Update: McGregor responded to Nurmagomedov during his postfight press conference.

McGregor on Khabib's tweet: "My team has been my team since day one, I have not changed anything. It is what it is. Respect the athletes, that's the character of the man for sure, behind the mask… If he wants to have his disrespectful comments, come back my man"