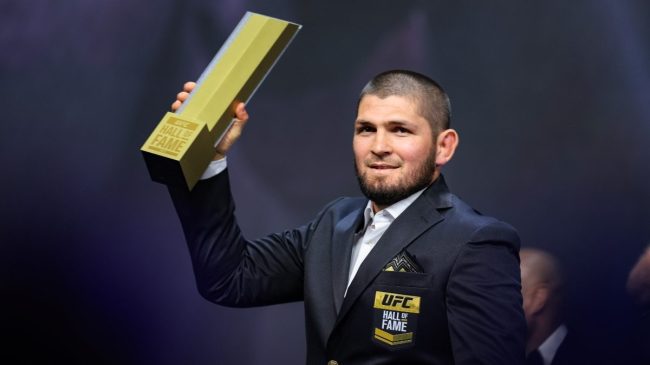 One of the most popular discussions amongst fight fans is the super fights we’d all wished came to fruition. Well, it sounds like Khabib Nurmagomedov has three bouts he wishes he could have had while in the UFC. With that in mind, let’s see who the Hall of Famer wanted to take on.

Fight fans were robbed of Khabib facing off against Ferguson numerous times. For a multitude of reasons, these two were never able to square off in the octagon. Of all the fights Nurmogomedov wished would have happened, “of course, it was Tony Ferguson for sure.”

St-Pierre was the reigning champion of the Welterweight division for years. He was a dominant force himself, as he routinely beat guys down. Khabib had nothing but nice things to say about Georges St-Pierre, but it sounds like he would have enjoyed a fight with the legend anyway.

“OK, GSP, if you guys want – but I respect this guy a lot. I grew up with his fights. When he became UFC Champion in 2007, I (hadn’t started) my professional career. I was an amateur fighter and I watched a lot of his fights with my father. GSP was like a role model in MMA for me. If you guys want (that) fight, OK – let’s say GSP,” per MMA Junkie.

Lastly, Anthony Pettis is a name that may surprise some. However, Khabib has a perfect reason as to why he wished he fought the former champ. “And I think it was 2014-15 when Anthony Pettis was UFC champion. (At) that time, I really, really wanted to fight this guy.”

So there you have it. Tony Ferguson, Georges St-Pierre, and Anthony Pettis are the three fighters Khabib Nurmagomedov wishes he fought before retiring.